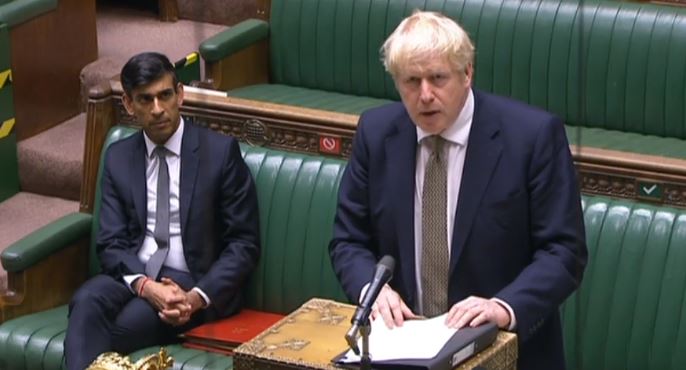 Schools in areas with a “very high” Covid-19 alert will not be subject to blanket closures, the prime minister has confirmed.

Boris Johnson told the House of Commons today that despite stricter curbs on socialising and other activities in so-called “tier three” areas, schools would remain open.

The rolling out of a new triple tier system across England means regions will impose different rules depending on whether they are deemed to have a “medium”, “high” or “very high risk”.

However, the government has confirmed that current rules for schools – which include a different tiered system of actions that can be taken – will remain in place in all three types of area.

Johnson said today that the majority of the country will be re-classified as being at “medium” alert level, while those already undergoing local lockdowns will make up the “high” alert tier.

In tier three areas, the government “will set a baseline of prohibiting social mixing indoors and in private gardens and, I’m sorry to say, closing pubs and bars”, he added.

The PM explained that additional measures and “more severe local action” could take place in these regions.

“This could lead to further restrictions on the hospitality, leisure, entertainment or personal care sectors but retail, schools and universities will remain open,” he added.

The DfE confirmed today that current rules for schools will remain in place. These require staff and pupils with classic Covid symptoms to self-isolate and arrange a test, and state that schools should send home those who have been in close contact with confirmed cases.

Confusingly, schools are also subject to their own four “tiers” of action that can be taken in areas under local lockdowns. These are not in line with the three tiers announced by Johnson today.

The PM also announced today that Liverpool, which recorded 600 Covid cases per 100,000 people, well above the national average of 74, would be the first area placed in the “very high” tier.