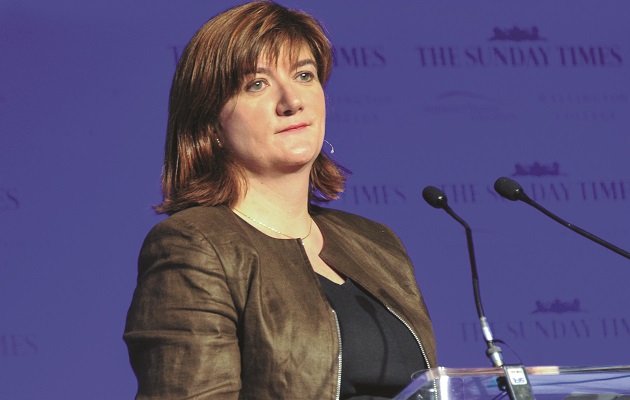 Computer-based multiplication tests for 11-year-olds will be trialled in schools later this year, Nicky Morgan has confirmed.

Under the proposals, pupils will be tested at the end of their time at primary school to make sure they all know their times tables up to 12 x 12, in line with the Conservatives’ general election manifesto commitment.

Around 3,000 pupils in 80 primary schools will try the tests for the first time this summer before the system is rolled out across England in 2017. The tests will involve pupils giving times responses to a series of questions, with their answers scored instantly.

The government says this method will make the tests easier for teachers to deliver and give them an “immediate snapshot” of performance.

Ms Morgan referred to government figures which showed that although the proportion of pupils meeting the “required standard” in maths at age 11 had risen from 79 per cent in 2010 to 87 per cent last year, more than 74,000 children were still below it.

She said: “That is why, as part of our commitment to extend opportunity and deliver educational excellence everywhere we are introducing a new check to ensure that all pupils know their times tables by age 11.

“They will help teachers recognise those pupils at risk of falling behind and allow us to target those areas where children aren’t been given a fair shot to succeed.”

Schools Minister Nick Gibb revealed the plan for computerised times tables tests during an interview with Schools Week in October.

Speaking at the time, Association of School and College Leaders general secretary Brian Lightman warned that further testing was not the answer.

He said: “Children are already tested to distraction. The tables are already in the curriculum and it’s up to teachers to use their professional skills to decide how to assess it.

“We do not need centralised tests to do this. We really do not need any more accountability measures.”