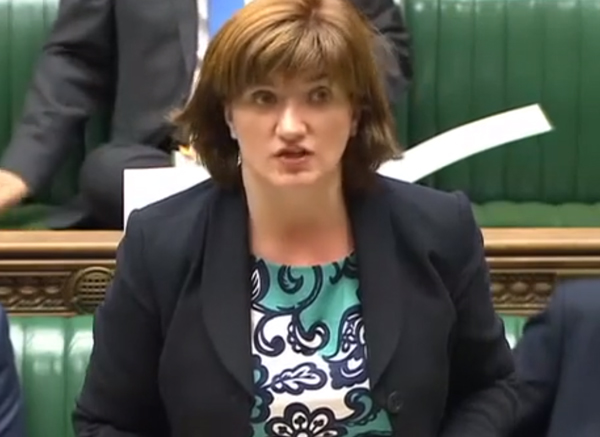 Nicky Morgan’s “national mission” to get every eight-year-old enrolled at their local library has been labelled a “hollow gesture” by campaigners who say government cuts have decimated the number of public libraries.

The education secretary has today announced plans to team up with comedian and children’s author David Walliams to launch a literacy campaign.

The scheme aims to create at least 200 new book clubs and provide support for schools to get more year 3 pupils enrolled at local libraries.

But library campaigners have slammed the initiative, which comes after hundreds of libraries have closed or had to slash their opening hours since 2010.

Lauren Smith, from campaign group Voices of the Library, said: “It’s really a hollow gesture. In a lot of cases the cuts to opening hours means children can no longer go after school.

“The campaign just palms off responsibility from the government without investing in what needs to be done.”

Ms Smith said than many libraries no longer have professional staff and she was concerned that the move meant school staff would be expected to pick up the workload.

The Chartered Institute of Library and Information Professionals – the professional body for library staff – is set to vote on plans to oppose the “amateurisation” of the public library service at its AGM next month.

Its chief executive Nick Poole told Schools Week: “Delivering on this commitment depends on a strong national network of public and school libraries with skilled staff.

“Trained librarians have the knowhow to engage children and their parents, recommend appropriate books and resources and support literacy in a structured way.”

According to Public Libraries News, which collates library closures, 337 libraries have closed in the UK since 2009/10.

Library visits have also reportedly fallen by 40 million to 282 million in the same period.

However a spokesperson for the Local Government Association said: “Working with local communities, councils have found innovative ways to keep providing library services while managing reductions in their budgets of up to 40 per cent since 2010.

“However, efficiencies and innovation can only go so far and in the face of more potential budget reductions in the autumn Spending Review, councils could have to make some really tough choices about which services they can continue to provide.”

The Reading Agency charity will be funded to introduce its Chatterbooks scheme – a network of children’s reading groups – to another 200 primary schools.

The charity will also work with schools to get more eight-year-olds enrolled at libraries.

Ms Morgan said: “No matter where they live or what their background, every single child in this country deserves the opportunity to read, to read widely, and to read well – it’s a simple matter of social justice.”

Brian Lightman, General Secretary of the Association of School and College Leaders, added: “We strongly welcome this initiative. It’s really important to instill a love of reading in young people and motivate them from an early age to develop literacy skills.

“There has been tremendous progress in improving literacy skills over the past 20 years, and this reflects a great deal of hard work by schools and students.”