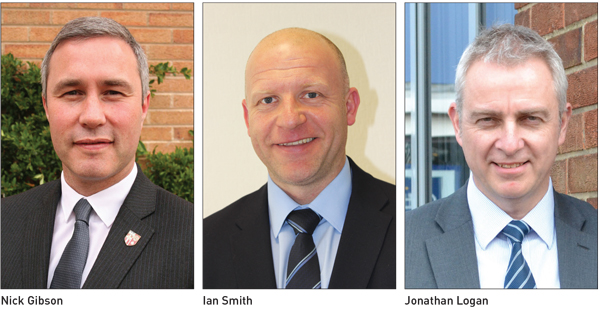 Nick Gibson has taken over as headteacher of St Benedict’s Catholic High School in Alcester, Warwickshire, following Tim Sara’s retirement after leading the school for 25 years.

It is Mr Gibson’s second stint at St Benedict’s – he taught there between 2001 and 2006 – now recognised as one of the 20 top performing state schools.

He says that he wants to continue pupils’ love of learning as they move through the school towards the International Baccalaureate.

“Learning can be transformative. Being a successful school means providing an education that gives young people a thirst for life and develops their talent and confidence to live it productively.”

Mr Gibson, 39, aims to provide opportunities for students outside the classroom as part of its IB offering. Enrichment for pupils was “absolutely key”.

With a degree in industrial design and technology from Loughborough University, Mr Gibson spent a few years working as a product designer for high-profile clients such as Virgin and a company owned by England footballer Kevin Keegan.

He moved into education after a PGCE, again at Loughborough University, followed by an MSc in educational leadership at Leicester University.

Ian Smith, the former deputy head of Hodge Hill School in Birmingham, is the new head of Etone College, Nuneaton. He moved to his new post at the start of this term.

His initial message to students and staff is that he will maintain the values already in place. “I have high standards – not least, that all pupils show a willingness to take responsibility for their own learning while actively contributing to the wider life of the school.”

His goals are to ensure that pupils have the “key literacy and numeracy skills required in life” as well as developing the attributes they need to be successful in the next stage of their education, including “resilience, determination, tolerance, and the ability to work collaboratively with others”.

The 44-year-old has spent 20 years in education after completing a degree in geography at Newcastle University.

Jonathan Logan has been appointed as the first headteacher of Cumbria’s Workington Academy, which is due to open in September.

“I am a firm believer that learning is at its most exciting and engaging when its value can be seen beyond the school walls,” he says.

“The best schools are successful because everyone is working together and this involves student, parents, staff and the local community.”

A scientist with a degree in zoology and a masters in education, Mr Logan spent a number of years in industry before moving to education.