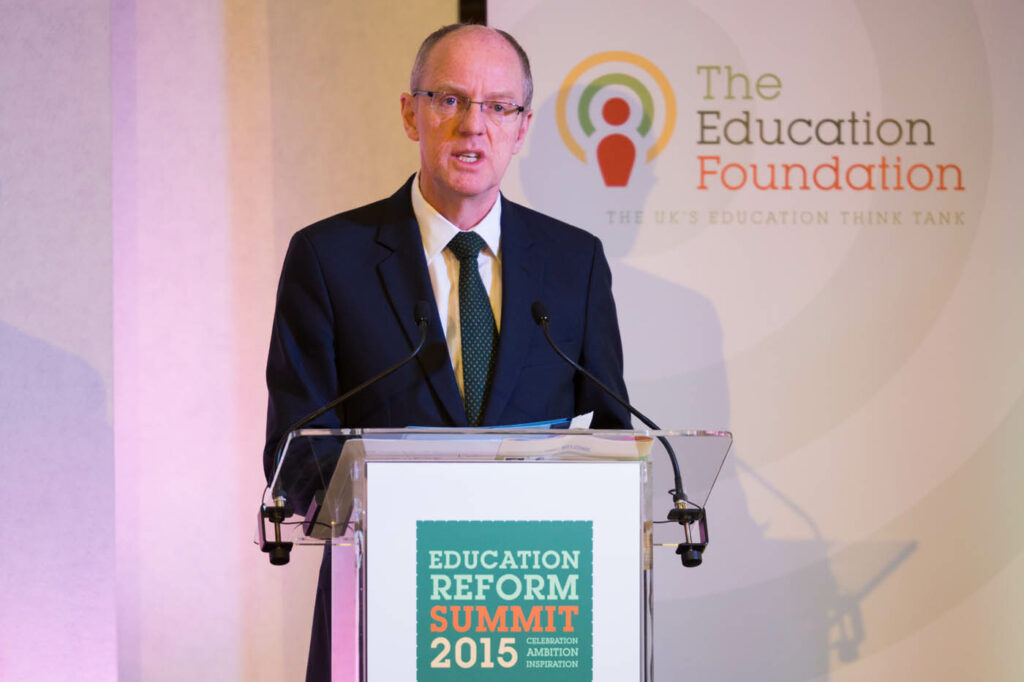 Academies could be forced to change their sponsor if they are found to be “coasting”, schools minister Nick Gibb has said today.

Speaking at the Education Reform Summit in London, Mr Gibb has clarified that academies falling under the government’s new coasting definition could be made to change sponsor.

That is not explicit in the legislation, which states a school will be eligible for intervention if they do not meet certain criteria. Most of the focus has been on the legislation providing another route for local authority maintained schools to convert into academies.

But Mr Gibb, responding to a question from an academy director, said: “The consequence of being in a coasting school is the start of a conversation with a regional schools commissioner (RSC)… It doesn’t directly lead to forced academisation, although your school is already an academy but we use the same definition. But if there are problems we might change the sponsor.

“Coasting itself doesn’t mean anything other than the beginning of a conversation. And if the RSC acting on behalf of the secretary of state isn’t convinced you have a plan in place to improve that is sufficiently strong then that is where more support will be put in to implement that plan.”

He was responding to Abdul Chohan, one of the directors of ESSA Academy in Bolton, who said his schools are likely to be told they are coasting under the new rules, describing the challenge of teaching pupils who speak 46 different languages and often arrive in year 9 with little, or no, English.

He said: “There is a huge challenge in getting them to speak English, as well as five A*-C and Progress 8 and so on, and we have changed so much trying to meet those requirements and it is always going to be there.”

Mr Gibb was further pushed on the importance of knowledge based education in science and how you keep teachers up to date with changes.

He said: “Photosynthesis hasn’t changed so far as I am aware, there are a lot of fundamental concepts and principles under licence that will not change.

“Of course there is a grand discovery we will have to re-write GCSEs but until those changes happen what we need to do in school is give those young people the fundamental principles so they are able to read New Scientist or around the subject and to understand developments as they happen – that is the purpose of education in my judgement in every subject.

“Can you read a geography textbook, can you read books by famous historians after you leave school? The purpose of school is to provide that grounding to make sure you continue to indulge and read around those subjects as you go through life. Unless you understand the vocabulary or key principles it is very difficult to read further into the subject. And those principles don’t change all that often.”

He told more than 100 delegates a “core academic curriculum” for the English Baccalaureate enables young people to “engage” in cultural activities.

He said: “We must resist attempts to divide culture from knowledge, or to suggest that a focus on a core academic curriculum in school makes it more difficult to develop our young people into creative, engaged citizens.”