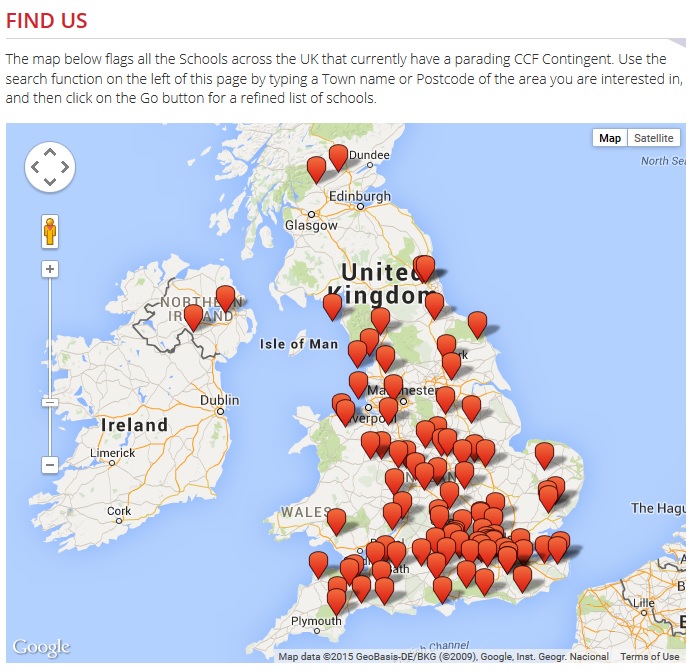 The number of cadet units in state schools is to increase five-fold by 2020, George Osborne announced in the Summer Budget.

Speaking on Wednesday, the Chancellor pledged £50 million to create cadet forces in 500 state schools. Most would be in “less affluent areas”.

Currently there are about 275 cadet units across the UK. Of these, only a third (fewer than 100) are in state schools.

The Department for Education confirmed that the MoD had made a request for the extra funding.

A Treasury spokesperson told Schools Week the money would not be diverted from schools but would instead come from fines levied on banks.

“In the last government, £450 million was given to support military causes and emergency services. This builds on that repertoire.

“This has been billed as a priority for the government and the initiative was launched by the prime minister in 2012, when he said he would increase the number of cadet units. This will make sure there is the same quality of cadet experience across all schools.”

On top of this bursary, Mr Cameron pledged £11 million in 2012 to set up a further 100 cadet units in state schools by 2015 under the Cadet Expansion Programme (CEP).

The Combined Cadet Force says on its website: “The CEP is part of the Government’s aim of promoting military ethos in schools; to instil values in young people that will help them get the most out of their lives, and to contribute to their communities and country.

“This means pupils developing qualities such as self-discipline, loyalty and respect, strong leadership, teamwork and resilience, which will help them achieve excellence and shape their future.”

Details for the scheme are still minimal. The Summer Budget document states: “CEP £50 million – to increase the number of cadet units in state schools to 500 by 2020.”

The MoD recently faced criticism after Schools Week revealed last month that it had requested access to sensitive data in the National Pupil Database so it could “target its messaging” around military careers.

A spokesperson for ForcesWatch, a campaign group scrutinising army recruitment policies, said: “This is a huge amount of money to fund yet more military activities in schools at the expense of universal provision which is accessible to all students.”

Mr Osborne also announced a public sector pay cap of 1 per cent from 2016 to 2020. The Department for Education has already announced that funding per pupil is to remain the same over this government, and teacher pay remains at the discretion of school leaders and governing bodies.