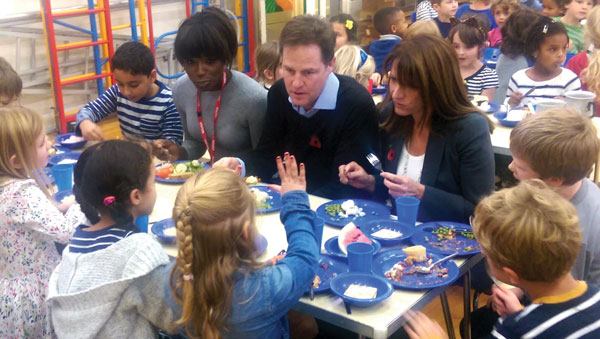 The government has put together a six-point action plan to help tackle “excessive” teacher workload, it has announced today.

The Department for Education (DfE) this morning published the results of its Workload Challenge, as launched in October by education secretary Nicky Morgan and deputy prime minister Nick Clegg.

There were almost 44,000 responses to the consultation, but only 16,820 people answered all three “open-ended” questions about workload, the analysis shows.

The analysis was carried out by CooperGibson Research and looked at a sample of 10 per cent of respondents, equating to 1,685 respondents.

The commitments from the government are:

1. From spring 2015 – DfE protocol setting out minimum lead-in times for significant curriculum, qualifications and accountability changes and not changing qualifications mid-course and an Ofsted commitment not to change the inspection handbook or framework during the school year

2. From spring 2016 – bi-annual survey to find out more detail about teacher workload over time

3. From spring 2015 – clarification from Ofsted about what is and is not required by inspectors; review of how Ofsted reports are written to avoid creating ‘fads’ in certain practices; shorter Ofsted inspections of good schools from September; Ofsted will consider how to further simplify and shorten the handbook for September 2016, and work to improve the quality and consistency of inspections

4. From summer 2015 – Review of leadership training and development opportunities, including assessment of current coaching and mentoring offer

5. From spring 2015 – Build an evidence base for teachers and publish in one place for ease of use; develop research schools and publish examples of what is working in schools; support work to create a central repository for teaching and learning resources

6. From summer 2015 – DfE will establish a panel to develop principles for good data management in schools; DfE will work with the EEF to review existing evidence about monitoring and analysing data, and commission new research if there are any gaps in knowledge; DfE will look to improve how data is shared between schools and from schools to employers/government

More than half of responses analysed said that perceived pressures and accountability for Ofsted inspections was the most common burden on workload.

Mr Clegg said it “was time we changed” the burdensome workloads of teachers.

He said: “That’s why we’ve listened and we’re making changes now to help ease that burden and allow teachers to spend more time doing the job they signed up for in the first place. This is just the start, but it’s an important first step in helping build a better education system and fairer society which puts pupils at its heart so they all have a chance to succeed.”

Ms Morgan said it was recognised there was no “quick fix” and the ideas received had built up a picture of the “root causes of unnecessary workload”.

She added: “It is no secret that we have made some very important changes in schools – changes that we know have increased the pressure on many teachers. All of these changes were vital, though, and I’m pleased to say that standards are now higher and a million more children are in good or outstanding schools.

“Now we want to support the profession to tackle the issue of unnecessary and unproductive workload, which I know many teachers are concerned about and that is stopping them from giving time to what really matters – inspiring young people to achieve their potential.”

But the Association of Teachers and Lecturers’ general secretary said teachers would be “bitterly disappointed” by the DfE’s response.

Mary Bousted said: “The Government has dodged the issue of tackling the problems caused by Ofsted and the unreliability of its inspections.”

She did, however, that some of options were welcomed, such as offering further support for school leaders.

Chief Inspector of Schools Sir Michael Wilshaw said: “This week, we confirmed a number of radical changes to education inspection, which will see frequent but shorter inspections of good schools and further education and skills providers.

“These changes take effect in September and will place a greater emphasis on professional dialogue between headteachers and inspectors.

“They will help school leaders to concentrate on the things that matter the most – making sure there is good teaching, robust assessment and a positive and respectful learning culture in schools.

Ofqual’s chief regulator Glenys Stacey said: Today’s announcement clarifies how curriculum and qualification policies will be introduced in England in future. The changes provide additional certainty for schools and colleges, and we welcome the announcement.”