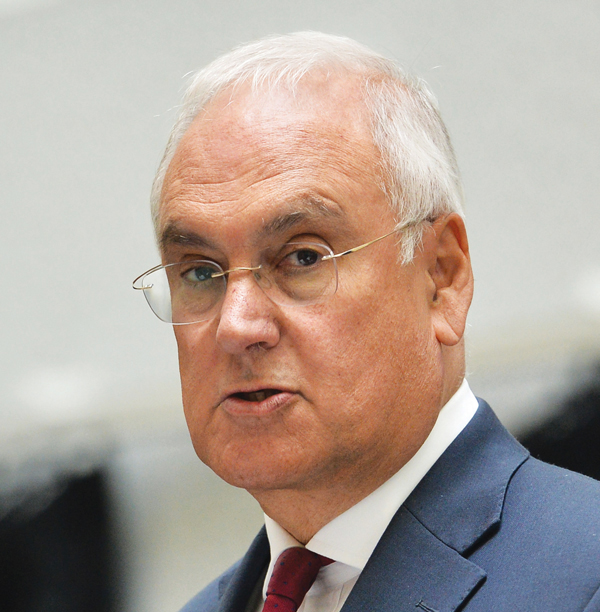 Ofsted has today announced that a new investigation will be carried out into allegations that three schools received prior notice of their inspection dates.

The inspectorate said the development followed “the emergence … of a number of new emails” that were not available during an earlier investigation led by an Ofsted director, which found no evidence that the schools had received such an advantage.

Announcing the new investigation this afternoon, HM Chief Inspector Sir Michael Wilshaw said that an “independent reviewer” would be appointed to look at both the new evidence, and evidence considered in the earlier review.

Further allegations were published by the newspaper on Sunday, however, based on internal emails involving Dame Rachel.

The allegations have been strongly denied by Dame Rachel, and earlier this week the chairman of Inspiration Trust, which runs two of the schools concerned, said that he did not think there should a further investigation of the claims.

Speaking to Schools Week on Monday, Inspiration Trust chairman Theodore Agnew said: “I certainly don’t think [an independent investigation] would be worthwhile, it would be a huge waste of time and money. It would be distracting for everyone involved.

“We have taken over four failing schools in two years. Every time you are spending time on these kinds of things, it just takes time away from educating the kids.”

At the time of writing, the trust has not commented on news that a new investigation is to be carried out.

In a statement announcing the development, Sir Michael Wilshaw, Ofsted Chief Inspector, said: “The ongoing claims that have been made about certain schools in Norfolk being given advance notice of Ofsted inspections are very serious.

“It is vital that the public has absolute confidence in the integrity of the inspection process. That is why I immediately asked Sir Robin Bosher to examine these allegations when they first surfaced in August.

“Sir Robin conducted a thorough investigation, which included 39 interviews with relevant parties and visits to the three academies in question. But I made a public commitment that should any additional evidence come to light, I would have no hesitation in bringing in someone from outside Ofsted to examine this.

“For the avoidance of any doubt, I will be asking this independent reviewer to examine all the evidence originally considered by Sir Robin and to establish whether his findings and recommendations still stand in the light of the new email evidence that has now emerged.”

The inspectorate said that the appointment of the independent reviewer would be confirmed in the next few days.

The news follows a call at the weekend from Shadow Education Minister Kevin Brennan for a “transparent and forensic investigation” into the claims made by the Observer.

A response to the announcement from Ofsted has now been issued by the Inspiration Trust.

Theodore Agnew, chairman of the trust, said: “We welcome this new review as an opportunity to lay to rest once and for all these serious allegations, which we believe to be false. We are confident that this new and independent review will confirm the conclusions of the previous in-depth Ofsted investigation, which found no evidence that anybody had been tipped off about the dates of Ofsted inspections.

“In the situations under consideration, there was a narrow window in which Ofsted could arrive and the staff were simply in a high state of eagerness and anticipation. They had no inside knowledge.”

Dame Rachel de Souza, chief executive of the trust, said: “The independence of Ofsted is paramount in our educational system and I look forward to the independent reviewer getting to the bottom of these false allegations.

“I am deeply committed, as is the entire Inspiration Trust team, to educational progress in Norfolk and we are determined not to let these false and upsetting allegations distract us from our work in giving children the best education possible.”