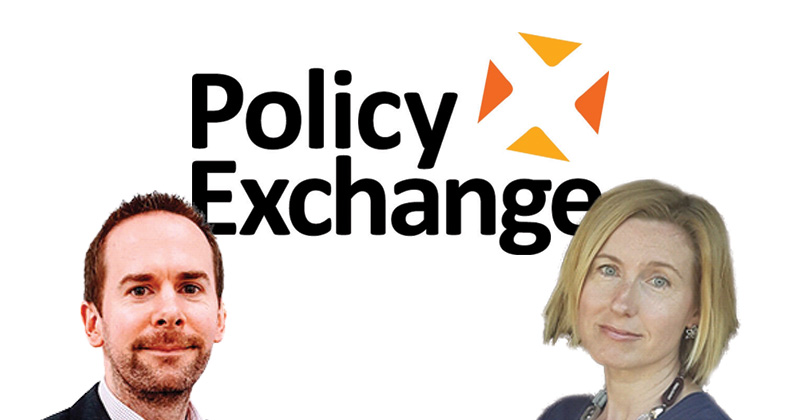 Former teacher and government adviser Tom Richmond and Dr Joanna Williams, from the University of Kent, will head up a new education and skills team at the right-leaning think tank Policy Exchange.

The pair will work on topics including how poor behaviour in schools is affecting children’s learning, and whether it is having an impact on the recruitment and retention of teachers.

Richmond, who worked for Policy Exchange from 2008 to 2009, will take up the role of senior research fellow on education and skills.

He has previously been an adviser to Michael Gove and Nicky Morgan at the Department for Education and has also worked for the independent think tank Reform, which looks at improving the delivery of public services.

Richmond has six years experience in the classroom too, most recently at St Dominic’s Sixth Form College.

Dr Joanna Williams, the new head of education and culture, worked at the University of Kent as both a senior lecturer in higher education and academic practice and a director of Kent’s Centre for the Study of Higher Education from 2007 to 2016.

She is a widely published author who has written on issues such as schools, gender and families, and earlier in her career she taught in both secondary schools and further education.

She also writes for online politics, culture and society magazine Spiked, covering topics such as why she believes that sex education should focus only on biology and not relationships.

Richmond and Williams will also continue Policy Exchange’s work on further education, skills and apprenticeships, including the introduction of the new T-levels.

The annoucement of the new education and skills team today follows the news that John Blake, the head of education and social reform at Policy Exchange, is leaving to join both the Ark Schools multi-academy trust and the Now Teach programme, which was co-founded last September by Financial Times journalist Lucy Kellaway.

Blake joins Ark as curriculum design lead and will also act as director of strategy and policy for Now Teach – an Ark-backed charity that aims to encourage professionals to become teachers later in life.

Blake joined Policy Exchange in April 2017, after a decade working in English state schools. A former union activist and founder of the grassroots Labour Teachers website, Blake has previously held roles including history consultant and leading practitioner at the Harris Federation.