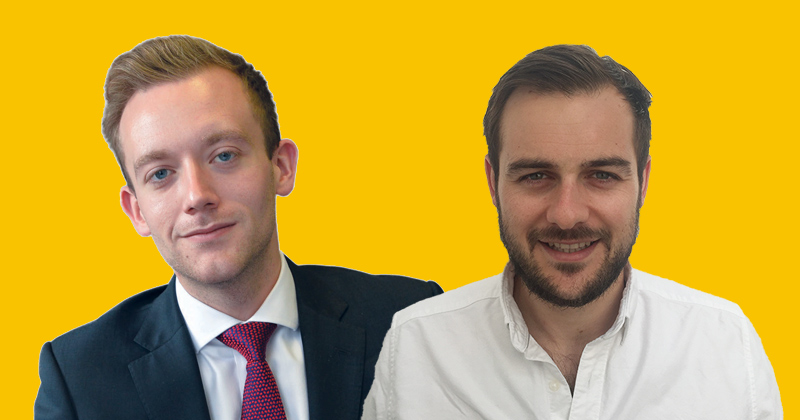 Schools Week is proud to announce the appointment of John Dickens, its former chief reporter, as its new editor.

Dickens (above, right) will return to the newsroom in September following a year-long sabbatical.

He will take over from Shane Mann (above, left), the managing director of Schools Week publisher Lsect Ltd, who has served as the paper’s interim managing editor since January.

“I am delighted to appoint John Dickens as the editor of Schools Week,” said Mann. “John will be familiar to many of our loyal readers having previously serviced as our chief reporter. He will be a tremendous editor.

“I would also to thank Freddie Whittaker, our chief reporter, who has done a sterling job deputising for me during periods where I was required to focus on my other duties.”

Mann will now focus solely on his duties as publisher and as the director of the Festival of Education.

“I wish John the very best of luck and look forward to working with him again,” he added.

Dickens said he was “incredibly excited” to rejoin Schools Week.

“Having visited 13 amazing countries, and spent the equivalent of nearly a month travelling on buses, trains, and planes, it’s time to pack the flip-flops away and get back investigating the nitty-gritty of education policy.

“To have the opportunity to do so as editor is a huge privilege, and I can’t wait to take up the challenge and continue Schools Week’s proud tradition of providing award-winning investigative journalism.”

John will return in time to launch Schools Week’s first edition of the next academic year, which will emerge on Friday, September 7.