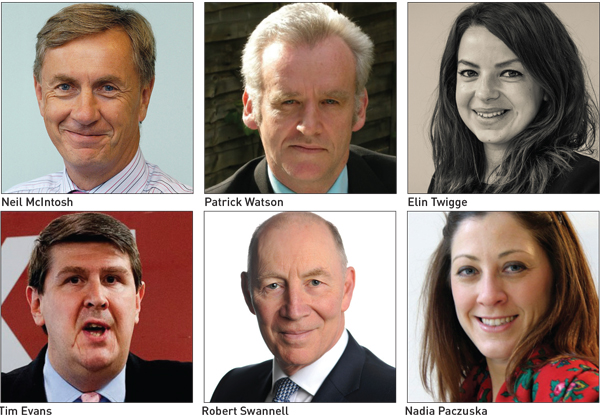 Neil McIntosh CBE, the former chief executive of the CfBT Education Trust, has been appointed as the first president of the Centre for the Study of Market Reform of Education (CMRE).

He said the reason he has joined the Westminster-based education research and policy unit is to tackle the “unwillingness to utilise the discipline of the market in education in the UK”, which has led to “increasing reliance on central government to control every aspect of education, particularly in schools”.

He added the result of this is a “highly politicised education system and a heavy-handedness which is profoundly demotivating for educators”, and said there are important lessons to be learned from this experience.

Prior to joining CfBT, Mr McIntosh was director of Shelter, the housing and homelessness charity.

The 67-year-old is currently chair of The Access Project and is an Honorary Norham Research Fellow at Oxford University’s department of education.

Robert Swannell, the chairman of Marks & Spencer, has been appointed to the board of trustees of education charity Teach First.

Mr Swannell said he has had a long-standing interest in education but his attention in Teach First was triggered when his son joined the charity’s leadership development programme in 2008, teaching maths at Paddington Academy, London.

Since then, he has been serving on Teach First’s business leaders’ council.

His role on the board will include overseeing the future direction of the charity and supporting its “burning ambition” to help eliminate educational disadvantage in the UK.

The 64-year-old began his working career as an A level recruit — becoming a chartered accountant and then a barrister, studying at the Inns of Court School of Law, London.

He has since spent more than 30 years in investment banking with Schroders, including roles as vice-chairman of Citi Europe and chairman of Citi’s European Investment Bank.

Mr Swannell said he attained his “ambition” to match his “much cleverer, degree-laden, wife and children” by becoming a visiting fellow at Oxford University’s Saïd Business School.

Nadia Paczuska has taken up her first headship role at the Meadow Primary School, Suffolk.

Starting this week, Ms Paczuska has relocated to the area from London in a bid to tackle “social injustice” after being advised to become part of a “turnaround” situation with her energy and style.

“I feel very strongly that London schools are done,” she said.

“London schools are exceptional and I’ve been really privileged to start my leadership journey in the capital but it just felt like a crying shame to me that schools outside haven’t benefitted in the same way and are underperforming so significantly.”

She added the community seems like it needs an “injection of energy”, which she plans on delivering.

Ms Paczuska, 36, has worked in primary, secondary and alternative provision schools for more than 15 years.

She studied Spanish and sociology at Middlesex University and completed a PGCE at London Metropolitan University.