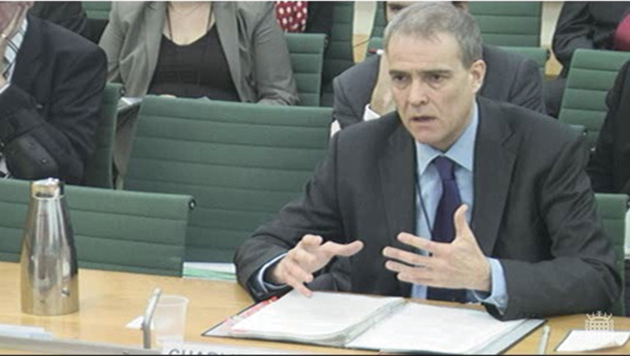 Teacher training providers will be set against each other under new recruitment rules outlined by the National College of Teaching and Leadership (NCTL).

Announced by the NCTL this morning, providers will be able to recruit as many trainees as they wish, until a national limit is met. At this point, all organisations will be stopped from recruiting any further people.

Schools who wish to provide places via the School Direct route, and universities offering PGCEs will have to register to be a training provider, starting from today.

In October, the government will publish the numbers of trainees needed for the following year in the teacher supply model.

Providers can recruit until they meet a “threshold”, the details of which will be released in September, and which may be based on “offers” or “acceptances”.

The NCTL said it “reserves the right to control recruitment” in particular regions so as to maintain the “regional balance of provision”.

Chris Husbands, director of the Institute of Education, said: “The immediate likelihood is the further expansion, despite the challenges, of School Direct.

“The recent hints are that school and school group bidding for School Direct places for 2016-2017 will account for the vast majority of (initial teacher education), with very loose regional monitoring of demand.

“Essentially, this means higher education allocations will be residual, mopping up numbers not allocated to schools, which is in turn likely to be the hard to recruit areas.

“It’s unlikely higher status universities will remain in this highly uncertain market for long, which means the de facto transfer of teacher supply to several thousand competing small businesses. Recent evidence suggests that the outcomes are likely to be unpredictable.”

School Direct is the main school-led training route since its launch in 2012, with 9,232 people starting the route in September last year. Last year, almost two in five places went unfilled.

James Noble Rogers, executive director of Universities’ Council for the Education of Teachers, said this was a “significant change” but that it could be made to work for one year.

He added: “The HEI share of the total pot, however, must be sufficient to maintain the existing infrastructure and meet the supply needs of schools.

“There needs to be the scope to shift recruitment across the two pots to maximise recruitment levels and national controls need to include enough flexibility in case the teacher supply model predictions underestimate the need for new teachers.”

NCTL chief executive Charlie Taylor (pictured) said this will give providers the “freedom and flexibility” to recruit the trainees they need.

He said: “We know that you have often found our allocations process complicated and you have been frustrated when you have not received the number of places you asked for.

“We have therefore simplified the process for the distribution of ITT places, and for the 2016 to 2017 academic year we will not be making direct allocations. Instead, we will be giving you the chance to recruit up to the number of trainees required nationally within a set of clear controls.”

TeachFirst, Troops to Teachers and the early years teacher programme are exempt from this change.

Registrations can be made from today and must be completed by 6pm on July 10.