Teach First is spawning. First there was Frontline, which applied the model to social care, and Think Ahead, focusing on mental health. Then came Police Now.

The latest spin-off to get off the ground is Unlocked Graduates, which aims to train up the “brightest, smartest” graduates to work as prison officers for two years, during which time they write a dissertation, gain a masters and pump out a slew of new prison policy ideas.

The charity doesn’t waste energy trying to persuade recruits to stay for longer, however. In fact, it positively wants some to leave.

“It sounds very counterintuitive,” explains CEO Natasha Porter, “but actually what we need are people across society advocating for the prison service.”

This organisation, like several of the above, is run by a former Teach Firster, who just happens to be a devotee of the “no excuses” schools movement, and who won three months of funding to write her business plan after pitching the idea directly to Michael Gove.

But the real story begins much earlier. Privately educated, Porter was recruited to Teach First in 2006 as she was finishing up her English degree at the University of Warwick. She was sent to a school in Finsbury Park in north London, not far from her own affluent home neighbourhood of Highgate. This proved to be a eureka moment.

She recollects “seeing children growing up very close to where I’d grown up, with completely different lives” – many of whom were cleverer and “much better behaved than I was” yet getting much worse exam results. “The only difference was that my family were wealthier than theirs,” she realised.

Exam results weren’t the only injustice, however. She also witnessed “children falling into the criminal justice system” for “doing things that my peers, when I was kind of an off-the-rails teen, were doing, but maybe getting away with because they had powerful families”.

This awakening to injustice led Porter to become “obsessed” with a certain type of school then emerging in the US, of which charter schools and the Knowledge Is Power Program (KIPP) are probably the best-known varieties. 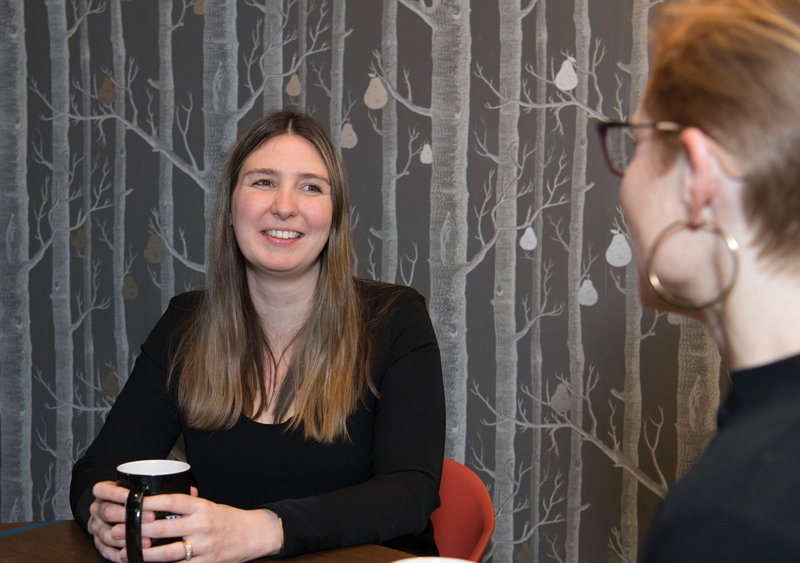 It was witnessing the low expectations put on children that got to her – attitudes among colleagues that these children had such complex problems at home that “we can’t expect them to do well academically”.

By contrast, she found the KIPP ideology of teacher responsibility and raising expectations of pupils’ academic achievement “really empowering”. So when she read in The Evening Standard newspaper that Max Haimendorf, whom she’d met through Teach First, had been appointed headteacher of a new charter-style school in London, she gave him a call.

Porter joined the founding team at the King Solomon Academy as head of English, and stayed for five years. Serving the most deprived ward in London for child poverty, KSA was one of the first no-excuses state schools in Britain, and managed to pull off the kind of miracle that the high-profile Michaela Community School is now looking to replicate.

Mossbourne Academy, established in a similarly deprived London borough in 2004 as one of Tony Blair’s first “city academies”, had been widely lauded for achieving a rate of five A*-C GCSEs at 83 per cent. KSA smashed these results out of the park: with a completely comprehensive intake, 93 per cent of their first cohort of pupils achieved five A*-C grade GCSEs including English and Maths.

Bolstered by the success of the model, Porter left KSA in 2014 to try and have a wider impact on education policy, first through the Policy Exchange think-tank then in the Department for Education itself.

One accusation often lobbed at schools – especially those of the no-excuses variety – is that they use exclusions too liberally, to improve results. Porter insists that KSA didn’t exclude pupils and it made staff “angry” to learn that this was happening.

“We didn’t have those conversations really,” she insists. “We very much tried to work with parents.”

Excluded pupils from the past can feel like “ghosts” to teachers, she says, in the sense that they stay with you and you constantly wonder what happened to them.

Many eventually end up in secure training centres or young offender institutes, and this is where Unlocked Graduates will be working from next year – having started its work in adult prisons.

Founded in 2016, the charity received five years’ initial funding from the justice department – a package of support that began when she pitched the idea directly to then-justice secretary Gove. 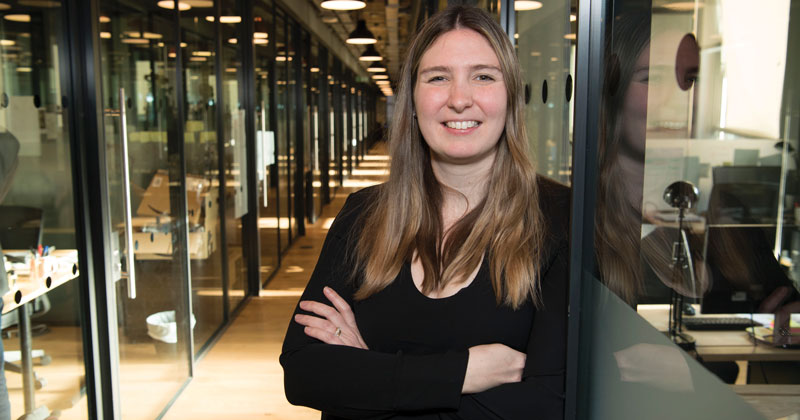 The story goes that Porter, uninspired by her fleeting foray into policy work, heard about Dame Sally Coates’ government-commissioned review of prison education and “showed up on her doorstep” begging to be involved. Unlocked Graduates was one of the Coates review’s key recommendations, and it became Porter’s mission.

She tells a story about an inmate who was struggling to maintain a relationship with his daughter in year eight, until one of the officers suggested that he learn something she liked doing at school.

So he took up maths, meaning they could talk quadratic equations on the phone and even practice together when she visited.

These are the kind of transformational interactions that Porter wants her officers to engineer.

Teachers are heroes, but prison officers literally save lives. They cut people down from ligatures

Just as poor literacy is a huge problem in the prison population, so is disengagement from education. While there are teachers doing “incredible work” there, lots of inmates “can’t read and write properly; they’re ashamed, they hated school, the last thing they want to do is go and sit behind a desk in education”.

In theory, she points out, “you could have Harvard delivering the best education, but if this guy doesn’t get love, encouragement, support, and belief in his own ability”, he will never even make it to the education block.

In short, the prison system isn’t set up to support learning; it’s about “safety, decency, making sure that people are well looked after and cared for. It’s not about making sure they get educational outcomes”. But this makes no sense from a policy perspective, as even a mere interest in education is a strong indicator that someone won’t reoffend. 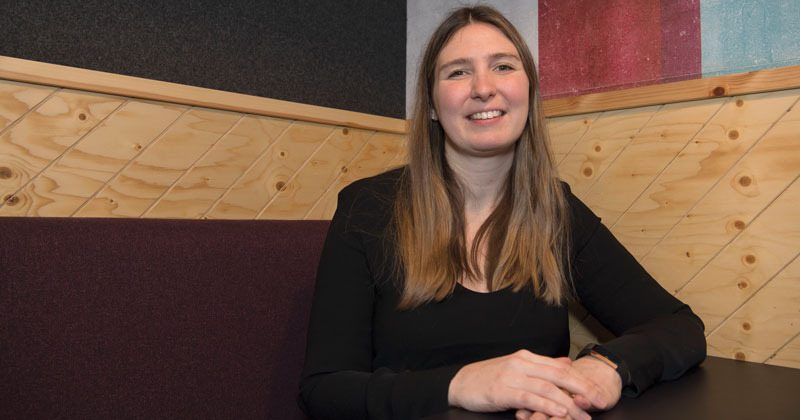 The solution, as she sees it, is to flood the prison system with “smart superstars” who will focus on getting inmates to engage with education. While society often views prison officers “as bouncers”, they are dealing with “incredibly complex, challenging people, often with mental health problems, with very low educational attainment. So we need the brightest, smartest people doing that job.”

It’s also about raising prestige: “There are already prison officers doing these amazing things, what we want to do is partly shine a light on them, and partly bring in more people to learn from them.”

Being intelligent isn’t enough to pass the recruitment process, however.

It includes a roleplay, a group exercise and a “tag-team interview” between a prisoner and prison officer. If they pass, they receive six weeks of intensive training where, in addition to the “nuts and bolts of being a prison officer”, they learn about things like trauma, attachment issues and special needs. 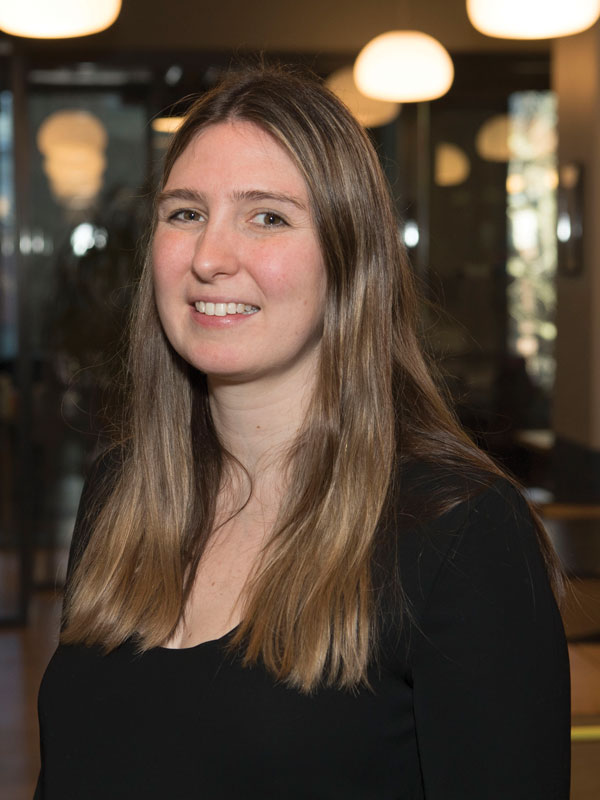 They continue to receive training throughout the year from experienced prison officers, because they’re the experts.

“Teachers are heroes,” she emphasises, “but prison officers literally save lives. They cut people down from ligatures. When a good prison officer goes on a landing, self-harm can go down, suicide can go down on that landing, because the prisoners can feel safe.”

While education in the youth estate is compulsory, attendance is “extremely low”.

So if the young people aren’t getting to education, she wants to hire staff who will bring it to them. One of her officers set up a series of highly popular quizzes over Christmas, in response to prisoners revealing that they took drugs when there was nothing else to do.

This is the kind of entrepreneurial spirit, driven by a passion for education, with which Porter now wants to flood the nation’s youth prisons, and it’s why she recently put out a call for more teachers to apply.

Having been a “tearaway teen” herself – getting expelled and bouncing from school to school – she describes going through a seismic change in her late teens, when she decided to sort herself out, leading to a belief that people can always change.

“I believe in redemption”, she declares – a succinct description of her mission.

If you hadn’t gone into education, what would you have done?

A scuba dive instructor: I’m a trained rescue diver – I’ve been diving in the Maldives, the Great Barrier Reef and Egypt.

Favourite place in the world?

It might have been Thailand back in the day. We used to go to little islands in the middle of nowhere because my dad was in student travel. A lot of it was still quite undiscovered, and we’d go on elephant rides through mountains and stuff. It was really cool.

What was your role in the family, growing up?

I have a sister five years’ older, but I was both the brat and the boss. I was always the bossy one so my sister did what I wanted to do. We kind of switched roles.

Favourite book?
Middlemarch, by George Eliot. Because Dorothea is a legend. She marries this disgusting guy at the beginning because she thinks to be a good Christian when she’s 12 that it’s all about pain, but basically in the end, she’s this kickass single woman. She’s in love with a guy but she’s like “I’m not gonna marry you cos I’d have to give up all my property. And I’m the boss.” It’s a great book.