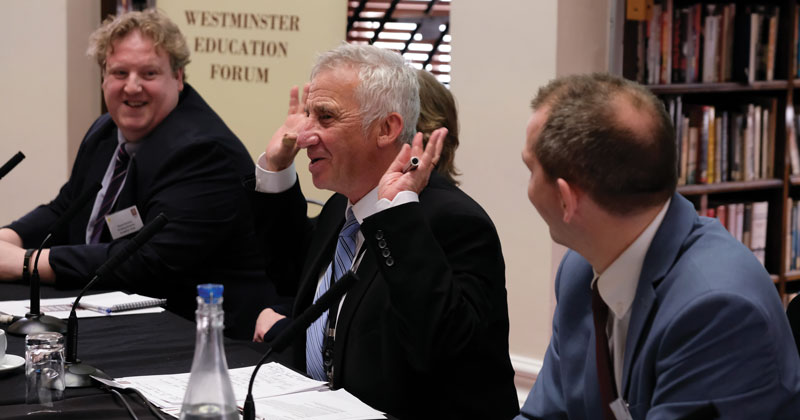 The way schools are held to account will be investigated by a new independent commission that seeks to find a “credible alternative” to the system of inspections and league tables – and Ofsted and the DfE have promised to get involved.

The commission, which will propose an “alternative vision for the future” of school accountability and look at how Ofsted inspections could be improved, was launched by the school leaders’ union NAHT at a Westminster Education Forum event on Tuesday.

Nick Brook, the NAHT’s deputy general secretary, claimed there is a consensus that the current accountability system is not “quite working the way it should”, and said the commission wanted to address the current “vacuum” of “credible alternatives”.

Accountability and scrutiny in education are vital, both for raising standards

“My intention is that this is a report which can be used by government and all political parties,” he told Schools Week. “It’s something to spark debate and thought as to where we go in the future.

Both the Department for Education and Ofsted have now indicated to Schools Week that they intend to engage with the commission, whose board includes former Ofsted director Sir Robin Bosher, the director of UCL’s Institute of Education Professor Becky Allen, Alison Peacock from the Chartered College of Teaching, and National Governance Association chief executive Emma Knights.

A spokesperson for the DfE said the government had been “engaging” with NAHT on the commission and “will continue to do so as its work progresses”, while Ofsted said it “looks forward to engaging with the NAHT and others involved in this work when it gets underway”.

“Accountability and scrutiny in education are vital, both for raising standards and for parents, who have a right to know how pupils and schools are performing,” a spokesperson said. “Ofsted understands the pressures that come along with this, and is committed to working with the teaching profession to help relieve unnecessary workload and promote staff wellbeing.”

The commission has identified seven guiding principles, including ensuring the system is fair to teachers at all schools, identifying signs of decline earlier, incentivising collective responsibility for pupil outcomes and accepting the “inherent limitations of data” in making judgements about schools.

The commission also has the backing of the Association of School and College Leaders, another school leaders’ union.

“We must have an accountability system which is more sensible, balanced and proportionate and recognises the breadth of what our schools achieve,” said ASCL’s general secretary Geoff Barton.

The commission aims to publish interim findings in the summer term and a full report in September.