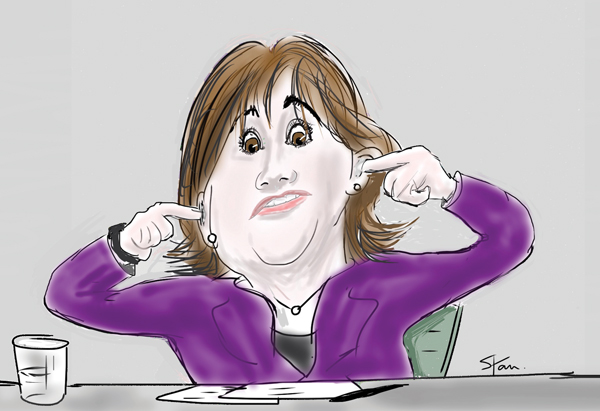 Nicky Morgan is determined to continue with plans to decouple AS and A-levels, despite education select committee members telling her that she is not listening to the sector.

The secretary of state was giving evidence to the committee on Wednesday about exams for 15 to 19-year-olds.

She was questioned and challenged by both Alex Cunningham and Graham Stuart on the decoupling of the exams, due to go ahead next year.

Labour has already said it would reverse the decision, put forward by former education secretary Michael Gove, if it won the election next May.

AS-levels count towards full A-levels at present. Ms Morgan said the AS qualification would remain, but would be separate from A2s.

Mr Cunningham, Labour MP for Stockton North, said there was near-unanimous support for keeping the current system and it concerned him that the decision was contrary to the professional viewpoint.

“The vast majority of the evidence we have received is against decoupling, but you are not going to reverse that?”

Ms Morgan responded: “No. No.”

She said evidence that the Department for Education had received was at odds with the committee.

Mr Stuart, chairman of the committee and Conservative MP for Beverley and Holderness, said: “I don’t think it is that different.

“You will have had exactly the same evidence . . . which is that there is very little support out there for the decoupling of AS with A-levels.

“And it sits rather oddly with a government that says it trusts the frontline and that schools know best, teachers know best — what’s best for their pupils — and there is overwhelming and near unanimous response from the entire sector saying actually they don’t agree with this.

“So you haven’t listened. And is it not something you can review?”

He asked if it would not be better to allow schools to decide and to offer both a linear two-year course, as well as the current AS and A-level option.

He also quipped: “Cambridge University could not be more vocal or more cross or more frequently in my office. It’s not just children that you are inconveniencing. It’s a serious issue. It just doesn’t seem to fit very well.”

Ms Morgan responded: “On the Cambridge issue, our research and evidence is that AS-levels are no better predictors . . . of ability for university.

“Students can still take AS-levels, schools and colleges can still continue to offer AS-levels but I have already set out the clear view for the need of a linear system where students are examined after two years, not the continuous assessment and exams, both at the end of your first year . . . and then doing A-levels.”

When Mr Stuart asked what would make her revisit the decision to decouple, Ms Morgan said she would “listen” to what was going on.