Just six per cent of would-be trainee teachers locked out of the pre-qualifying test for their courses under old government rules have applied to take the tests again since the rule limiting resits was lifted, according to exclusive new figures seen by Schools Week.

What’s more, the majority of formerly locked-out candidates who have repeated the tests in the five weeks after the change have failed once more.

In February the government announced a shake-up of the tests that prospective trainee teachers must pass before they begin their training.

It was never going to solve the problem, and this suggests that they haven’t thought through what they need to do to make this work

Under the old system, aspiring teachers were prevented from repeating the tests for two years if they failed three times.

Figures from February show that 9,191 candidates were still locked out of the tests. Around 5,000 of these were interdicted during the 2016-17 recruitment cycle, while around 4,000 were prevented in 2015-16. By the time the rules were relaxed this year, 164 had been stopped from resitting again.

The numeracy and literacy tests both had a fail rate of approximately 55 per cent – meaning more candidates failed than passed.

The removal of the lock-out period was welcomed by teacher trainers, but received a lukewarm response from unions, while others in the education community claimed the move amounted to a dumbing-down of the tests.

James Noble-Rogers, from the Universities Council for the Education of Teachers, insisted that the fact that more candidates failed than passed demonstrated that standards would not fall as a result.

“I don’t think that there is a problem. The fact that people can’t progress unless they achieve the standards means that there won’t be any dumbing down,” he told Schools Week.

“On the numbers, a lot of the people locked out will now have embarked on other careers. Others will still be thinking what to do. I would have liked more people to register, but hopefully the numbers will pick up.” 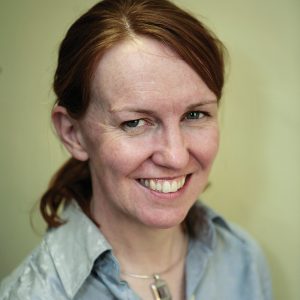 Nansi Ellis, the assistant general secretary of the National Education Union, was less positive. She told Schools Week that the numbers are “not surprising”, and asked whether the change was adequately promoted.

“Some of this goes back over a few years. If you failed it a few times, you’ll have chosen to do something else, so why would you come back into it now? I would be interested to know what prompted those who have come back to do so,” she said.

She added that the government did “a big push” promoting the change earlier this year but that as it was done during half-term, “it may well be that people just don’t know” about the change.

She warned that the initiative would “not solve the problem with teacher recruitment and retention”, and does not believe there is much support for those who rebook the test after a large gap from the government.

“It was never going to solve the problem, and this suggests that they haven’t thought through what they need to do to make this work and to help people to pass the test,” she said.