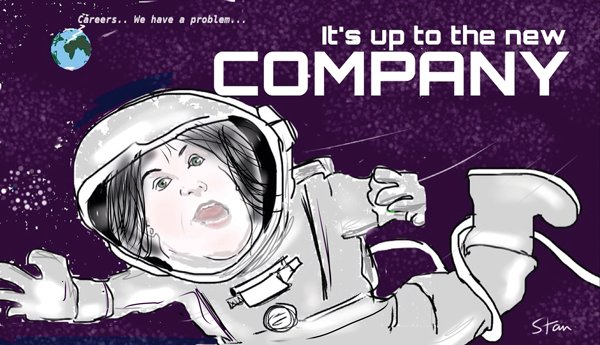 Questions about a new independent organisation, to be set up as part of a £20 million package of public money to improve careers advice, went unanswered when Education Secretary Nicky Morgan faced a grilling from MPs.

Ms Morgan was quizzed by the House of Commons education select committee on Wednesday morning about her plans for a new careers and enterprise company, as unveiled in December following the Chancellor’s autumn statement.

She confirmed the initial funding would cover the first two years of the company’s work, and that she hoped employers would pay for it after that, but deflected several other questions about how the organisation would run.

When asked by Liberal Democrat MP David Ward if there would be regional careers advisers, Ms Morgan said: “It’s an independent company. They have a remit and they will be working the details out. I can’t speculate because it very much depends on the company.”

Ms Morgan, who used the space sector as an example of the need for a “broad range” of career options to be presented to young people, was forced to defend the planned careers organisation after committee chairman Graham Stuart pointed out similarities between its remit and that of the existing National Careers Service (NCS).

Mr Stuart said: “The government announced in its statutory guidance in 2014 that the NCS from October 2014 will expand its offer to schools and colleges.

“The NCS will broker relationships between schools, colleges, local communities and employers. It would appear that from October 1 the very role for the NCS, which it’s being expanded to do, is exactly the role which you now say the new organisation is going to do.”

Ms Morgan said: “They will work in partnership together. The organisations are different. They will work together to deliver that same goal.”

She was also questioned about the role of professional careers advisers, by Labour MP Alex Cunningham, who said: “Unison published a study in June which said 83 per cent of schools no longer employed any professional careers advisers, and the role is being picked up by people including in many cases teaching assistants and other support staff who are totally ill-equipped to do that.

“Are you saying today, as part of the package, that every school should in fact have some support from professional careers advisers?”

Ms Morgan said: “I am not going to mandate, no. I think it is up to schools to commission, and I would disagree that people are ill-equipped.”

Mr Stuart raised concerns about one University technical college where a receptionist was being trained to give careers advice. He added: “If you accept the lack of an incentive for [schools] to take it seriously, which is pretty obvious to anyone who has looked at it for any time, and you then look at the failure to mandate any standards, you then end up with the receptionist and the teaching assistant fitting in a little bit here and there, and apparently that fulfils the duty.”

Ms Morgan admitted that the changes will require time to bed in, adding: “This is not an issue that is going to be solved in 12 months.”