The proportion of schools fully open to all pupils has fallen again, Department for Education analysis shows, but more pupils are attending school.

Of all schools responding to the DfE’s survey, 7 per cent said they were not fully open due to suspected or confirmed cases of Covid-19, up from 6 per cent the previous week.

The DfE said that “where schools are not fully open, most pupils are still attending”.

Around 95 per cent of state-funded primary schools were fully open on October 1, a similar proportion to 24 September.

Overall, 99.8 per cent of state-funded schools were open. The DfE said that of the “small proportion of schools that were closed, this was mostly due to Covid-19 related reasons”.

Attendance in state schools stood at 89.8 per cent as of last Thursday, up from 87.9 per cent the previous week. 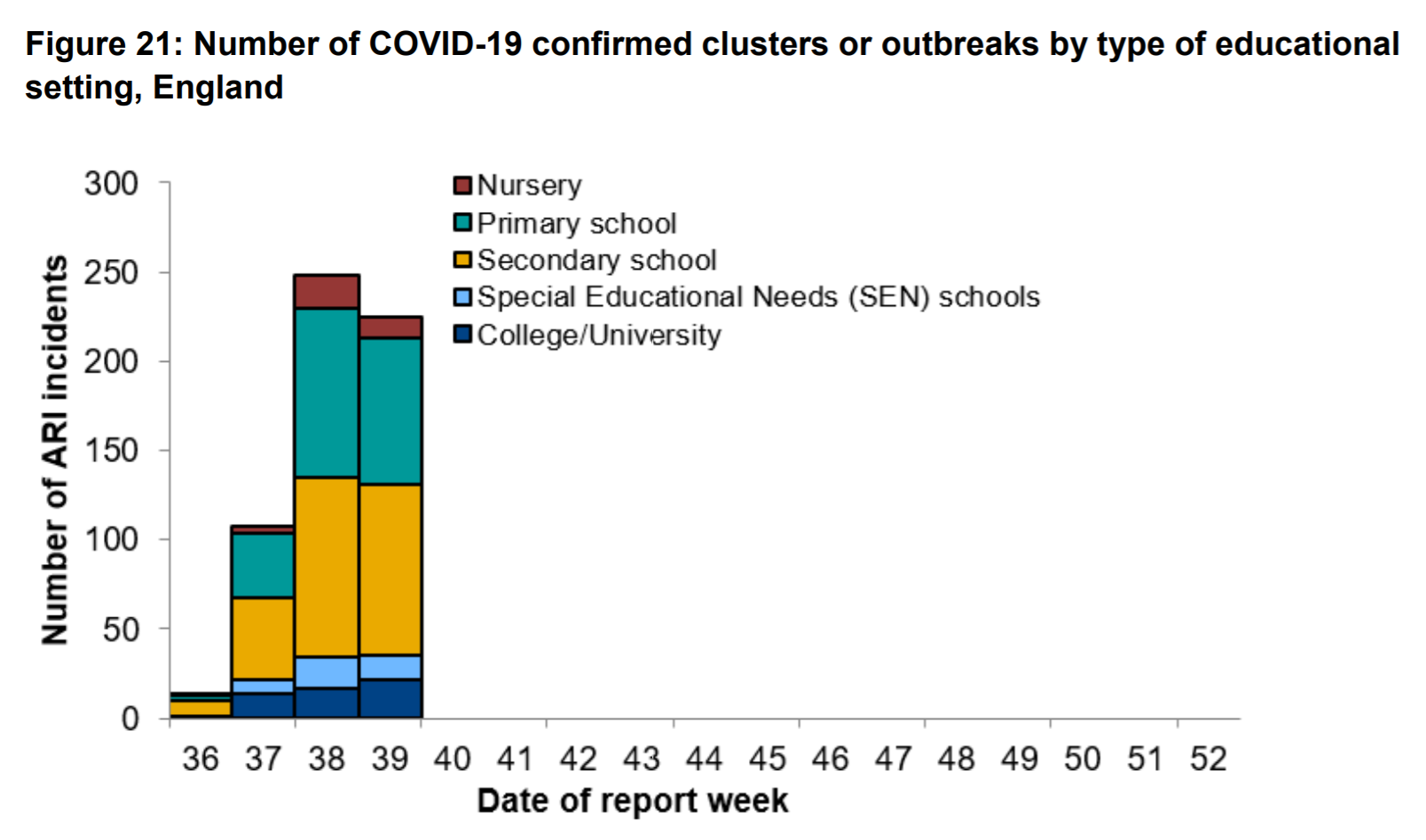