The results are based on teacher assessments carried out at the end of reception.

Here are the key findings…

1. A higher proportion of pupils are achieving ‘good’ development 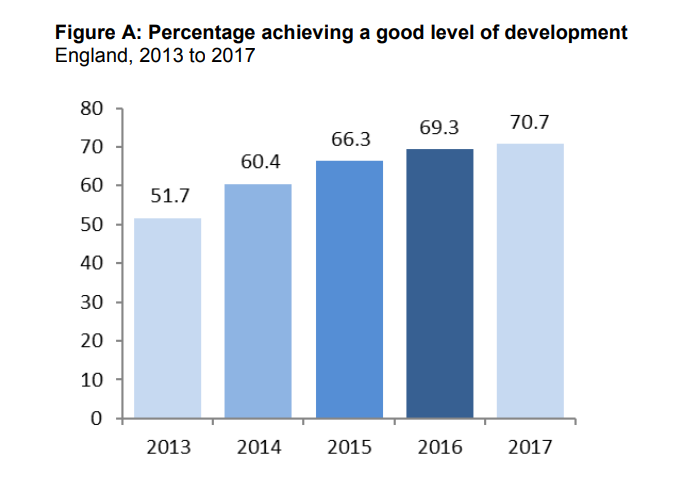 Nationally, 70.7 per cent of pupil achieved what the government deems to be a “good level of development”, up from 69.3 per cent last year.

There has also been a rise in the proportion of pupils achieving at least the “expected” level of achievement in all 17 of the government’s early learning goals, from 67.3 per cent last year to 69 per cent this year.

The average total point score, however, remains static at 34.5. 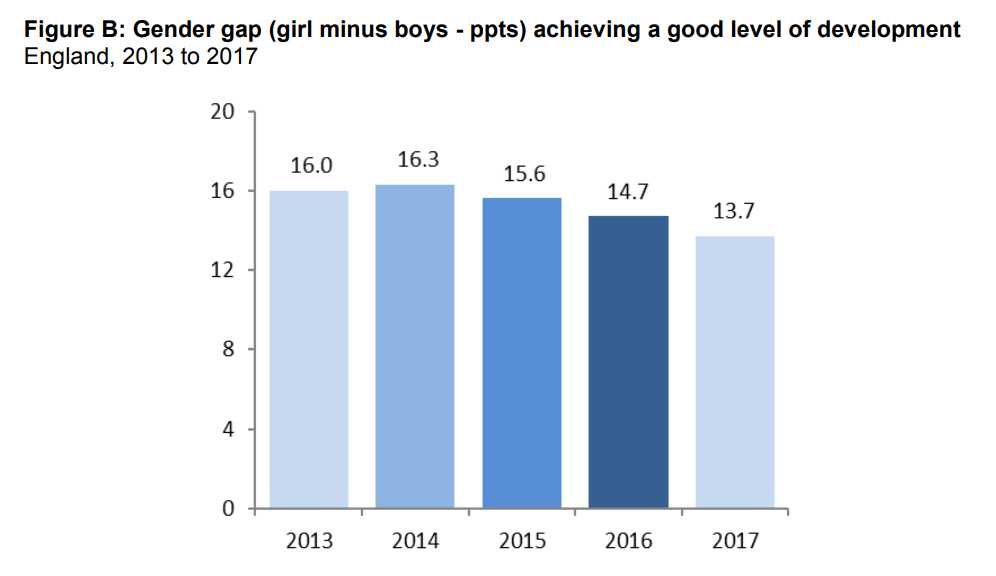 There is still a significant gap in performance between girls and boys.

The proportion of girls achieving a good level of development was 13.7 percentage points higher than boys this year.

However, that does represent a narrowing of the gender gap – down from 14.7 percentage points last year. 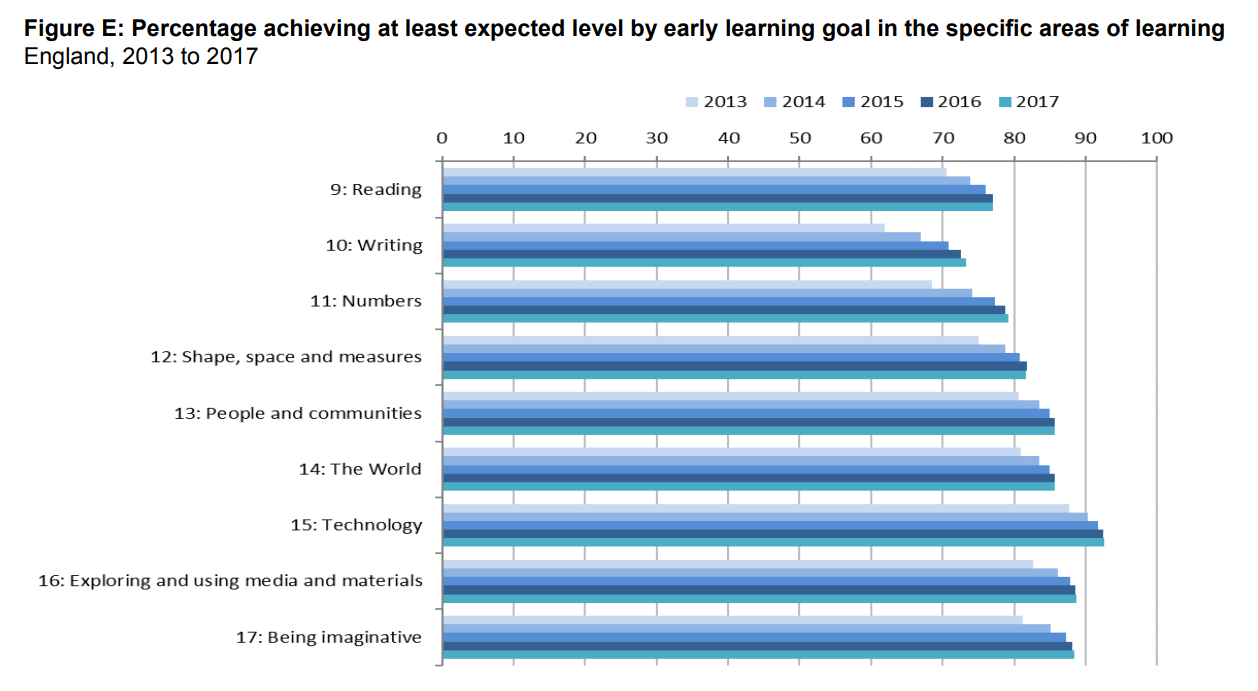 4. Guess what? 34 continues to be the most popular mark (the ‘expected’ mark)

Just as we saw last year, a mark of 34 is by far the most popular outcome for pupils, with 27.8 per cent of pupils achieving it.

Coincidentally, it is also the equivalent of a child reaching what the government calls the “expected” level of development in all 17 of the learning goals in the EYFS.

5. Regional variation is reducing, but is still significant

Although the variation between the best and worst-performing local authority areas is reducing, there continues to be “significant variation” between some parts of the country.

The proportion of pupils achieving a “good” level of development varies from just 60.9 per cent in Halton in the north west to 78.9 per cent in the London borough of Lewisham.

The same two councils are at the top and bottom when it comes to the proportion reaching the “expected” level too – with 58.7 per cent getting there in Halton, and 78.4 per cent reaching it in Lewisham.

There are also big variations in the average points scores – from 32 in Halton to 37.9 in Richmond upon Thames, another London borough.