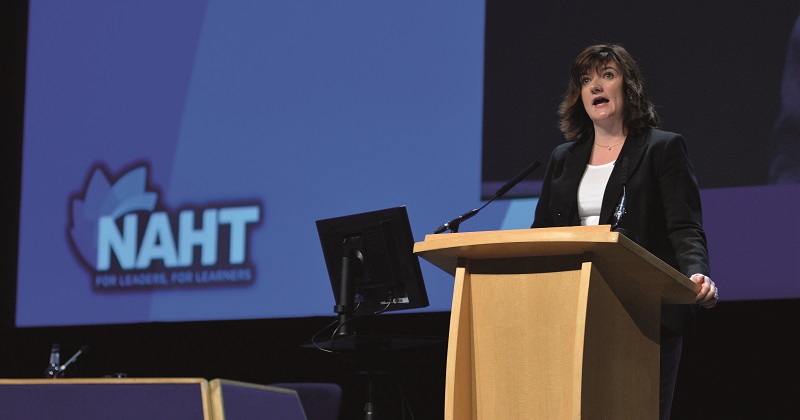 The number of primary schools set to be deemed as “failing” this year by falling below government floor standards is likely to be much higher than first thought after Nicky Morgan mixed up statistics in a key speech.

The education secretary’s announcement last month that no more than 1 per cent more schools would fall below the new standard this year than did last year was welcomed by heads, who celebrated the news that just a handful of schools would be affected, rather than thousands.

But the government has today confirmed that the rise is capped at 1 percentage point, rather than 1 per cent as first announced by Morgan. It means the number of failing primaries could actually rise by more than 160.

The mistake has led to an offer of lessons in basic statistics for Department for Education staff and criticism from a maths teacher who said she would expect 11-year-olds to know the difference.

The Royal Statistical Society told Schools Week the blunder showed the need for MPs to be statistically literate, and confirmed that Morgan had not attended either of two training sessions offered to politicians.

Hetan Shah, the society’s executive director, said: “The Royal Statistical Society has run training for MPs in basic statistics and we would be happy to put something on for the DfE if they wanted it.”

In response to concerns about harder tests and their impact on schools, the education secretary told the National Association of Head Teachers annual conference in Birmingham last month that the number allowed to fail would be capped at “no more than 1 per cent more…than last year”.

In 2015, 676 schools, about 4 per cent of England’s 16,766 primaries, fell below the standard. Based on these figures, a 1 per cent cap would have meant no more than seven more schools failing this year.

But a cap of 1 percentage point could allow up to up to 843 schools to fall below the standard, an increase of more than 160.

The government confirmed the cap was based on a percentage point increase, but declined to explain why both the final draft and delivered versions of Morgan’s original speech referred to 1 per cent rather than 1 percentage point.

Rachel Collander-Brown, who teaches maths to 11 to 18-year-olds at Wandsworth’s Southfield Academy, said she would expect her pupils to grasp the difference between per cent and percentage point by the time they were in year seven.

She added that government staff releasing figures should “know the difference and to write about it properly, not in a way that’s easier to understand if that way of writing it is actually wrong”.

“I would definitely expect [year sevens] to know the difference between raising something by 1 per cent or 1 percentage point,” she added.

“If unemployment was at 5 per cent and went up to 6 per cent, you could say it had risen by 20 per cent or by 1 percentage point, but to say it had gone up by 1 per cent would be wrong.

Russell Hobby, the general secretary of the NAHT, said his union had “always assumed the worst case interpretation of the announcement in the first place”, adding that it was “important to put a limit on the number of schools that could fall below the floor”.

“It is also important to see this as a cap, not a target. However, increasingly we believe that it would be inappropriate to use assessment data for floor standards at all this year. The uncertainty around assessment is too great for it to be used for high stakes accountability,” he added.

A Department for Education spokesperson said: “While we are raising standards, the secretary of state has reassured schools that the proportion falling below the floor will not rise by more than 1 percentage point this year.”