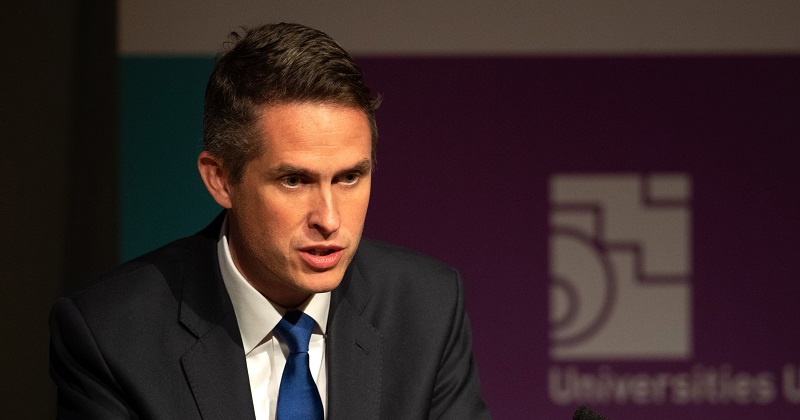 The government will consider whether pupils should apply to university after receiving their A-level results, after the education secretary backed a review of university admissions.

Gavin Williamson has today expressed his support for a review by the Office for Students, which seeks to clamp down on hard-sell tactics used by some institutions, as well as the use of unconditional offers. It will examine whether the admissions process should be moved to take place after pupils know their A-level grades amid concerns about the current system, which is based on predicted grades.

The review was commissioned earlier this year by Damian Hinds, Williamson’s predecessor, who was highly critical of the practices used by some universities to attract students. It also follows warnings from headteachers that unconditional offers remove one of the incentives for pupils to work hard in their final year at school.

Labour pledged last month it will scrap university offers based on predicted grades and switch to a new post-qualification admissions system. Now it seems the government is also supportive.

“I recognise that we need to review if the current system is working as well as it can, so I am glad the OfS is looking at whether it would be in students’ interests to apply for their university place after they have their A level results,” Williamson said today.

He described a need to fight “to keep the public trust and respect in our world-leading universities”, and said this would mean a “relentless focus on quality”.

“That’s why I want the OfS to go even further on this, developing more rigorous and demanding quality requirements, and I give my full backing to boldly use its powers to ensure value for money.”

Williamson said he was “concerned about how some universities are recruiting students, in particular a worrying rise in unconditional offers”, and welcomed the particular focus on whether “conditional unconditional” offers – those that become unconditional if a pupil names a university as their first choice – breach their consumer rights.

Earlier this year, Hinds wrote to 23 universities to warn them about their “unethical” use of unconditional offers, which he said was “damaging the reputation of the institutions involved and our world-leading sector as a whole”. He also commissioned the review by the OfS, which has stated that the practice could even be illegal.

Admissions authority UCAS warned last November that one in three school pupils received an offer with some kind of unconditional element in 2018.