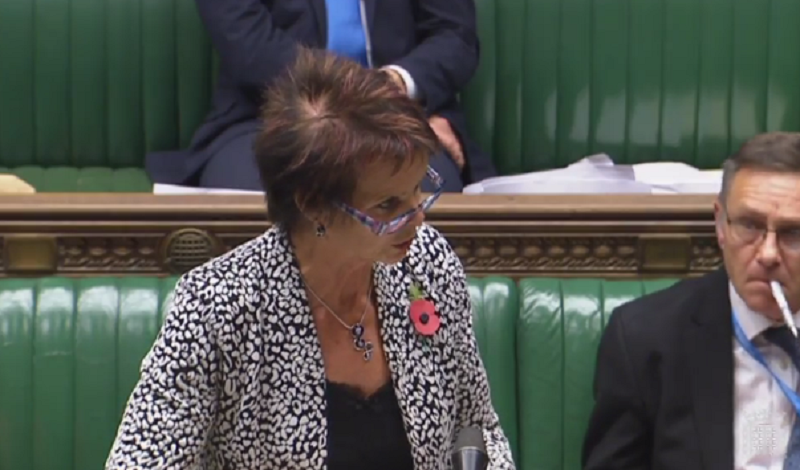 MPs should hold schools to account over safeguarding issues, an education minister has claimed.

Anne Milton, skills minister and member for Guildford, told fellow MPs in parliament today that they should take responsibility for judging whether safeguarding is effective in their local schools.

Milton told the debate on sexual harassment and violence in schools that MPs should “get parents and carers to look at the schools’ policies and call the schools out that aren’t doing it”.

“Ofsted can do what they do, but in the meantime maybe we as members of parliament need to be looking at the schools in our constituencies and ask them about their safeguarding policies and take a view as to whether they are adequate,” she said.

Teachers “cannot be the arbiters” of safeguarding, Milton said, adding that it was “absolutely clear” that more needed to be done to tackle the challenges young people face and help them to become more resilient.

“If we keep on resolutely in a cross-party way, we will make some progress,” she said.

The debate was secured by Maria Miller, the chair of the parliamentary women and equalities committee. She said the debate was timely, given the recent sexual assault scandals to have rocked Westminster.

It has been more than a year since Miller’s committee revealed the extent of sexual harassment and abuse in schools in a landmark report.

The committee’s September 2016 report on ‘widespread’ sexual harassment and violence in schools showed 29 per cent of 16- to 18-year-old girls had experienced unwanted sexual touching at school and 71 per cent of pupils that age regularly heard terms such as “slut” used towards girls.

Schools Week reported in November 2016 that the government had refused the committee’s recommendation to make it statutory for schools to develop a specific approach to sexual harassment among pupils.

Picking up the issue again today, Miller told the House of Commons: “Two in three girls under the age of of 21 experience sexual harassment.

“In evidence sessions, colleagues heard about children having their breasts grabbed, pinging bras, lifting skirts, pinching bottoms – all part of routine daily life for girls at school in this country today.”

She referenced data gathered from 38 police forces by the BBC’s Panorama for a programme last month, which showed a 71 per cent increase in peer-on-peer abuse over the last three years in schools, and more than 7,800 cases reported in 2016 alone.

Three quarters of the reports that are made to the police about children abusing other children at schools led to no further action at all, Miller said, adding that young people have reported teachers brushing off incidents as “banter”.

One year on from the committee’s report into sexual harassment, “very little has changed for our children in our schools”, she said.

“If we tackle the behaviour of sexual harassment and abuse early on, if we teach children about healthy relationships and respect, if we properly regulate social media and digital communications, we may be able to start to tackle to roots causes of the sort of sexual harassment we see so prevalent in wider society today.”