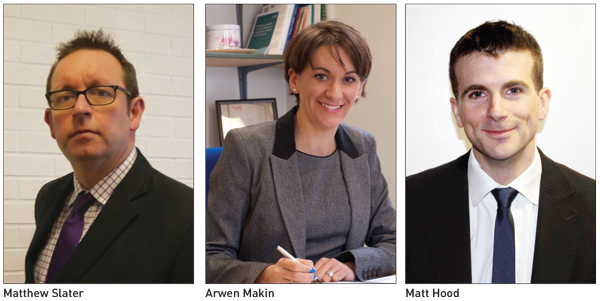 Matthew Slater has taken over as the new headteacher of King Solomon High School in Essex.

Formerly head of Drapers’ Academy – where his efforts to turn it around to “one of the fastest improving” schools in the country were noted by David Cameron in parliament – Mr Slater says his past experiences in Jewish schools drew him to King Solomon.

“I’ve got a lot of experience in Jewish education and when I saw the job it felt compelling immediately because I thought that the knowledge gained in my previous roles would be valuable in supporting the school’s development,” he says.

He began his career at a North London Jewish School, Hasmonean High School, and then went on to Yavneh College in Borehamwood. As deputy head and governor, he helped the school to become one of the top 10 comprehensives in the UK.

Speaking about his new position, Mr Slater said: “We want to immediately make an impact on GCSE and A-level results; to take them above national averages and put the school on a trajectory to an outstanding Ofsted.”

Mr Slater has more than 20 years of teaching experience after completing his PGCE at Roehampton University. He has a business degree from Manchester Metropolitan University.

Ms Makin graduated from the University of Cambridge in 1999, before qualifying as a solicitor in 2002. She most recently worked for Thompsons Solicitors in Nottingham.

“As an employment law solicitor, I have always enjoyed working with trade unions and so my new role is an exciting opportunity to support union members,” she says.

“My mum was a teacher and so I’m delighted to be working with education professionals.”

Matt Hood has moved from the senior team at education charity, Achievement for All, to become a director at the School 21 trust.

After studying politics, philosophy and economics at York University, Mr Hood started his career as an economics teacher before advising at the Department for Education on school reform, post-16 participation and special educational needs and disability.

He has since worked with education charities including Teach First, where he trained to be a teacher, The National Orchestra for All and The Brilliant Club.

Speaking about his appointment he says: “This is a really exciting move for me. It feels like we’re on the edge of a revolution in teaching practice, and in my role here I’m going to be doing everything I can to get us to that tipping point.”

He is also continuing as an assistant headteacher at Heysham High School in Lancashire.