The government will shift its focus to expanding “good” multi-academy trusts over the next 12 months to raise standards in left-behind areas.

The Department for Education has advertised for two senior officers, one to lead its multi-academy trust capacity and school improvement unit, the second to head its mainstream free schools policy unit.

MATs are the Department’s preferred vehicle for school improvement

The adverts, first reported by Education Uncovered, state that MATs are the DfE’s “preferred vehicle for school improvement”, and that it wants “all schools to benefit from being part of a MAT, where they choose to do so”.

It also praises trusts that “have played key roles in supporting all schools to recover from the Covid crisis, such as through the innovative Oak Academy online provision of lessons”.

Raising standards, “especially in areas left behind”, is a key priority for Gavin Williamson, the eduction secretary. The advert says the expansion of good MATs is “critical to this”.

But the government admits that “at present, supply is limited in some of the most deprived areas”.

The Conservative party made “left-behind” areas a key part of its general election campaign last year.

Boris Johnson said such towns had been “overlooked” for “too long”, despite those communities feeling their “voices had been heard for the first time in decades and their lives would improve” after the “UK voted to leave the EU in 2016”.

Leora Cruddas, the chief executive of the Confederation of School Trusts, welcomed the new jobs. There was “no doubt that groups of schools working together in a single governance structure have shown themselves to be the most resilient of school structures during the Covid-19 pandemic”, she said.

But Melissa Benn, a founder of the Local Schools Network, which campaigns for local accountability for schools, said the adverts “suggest that the government has clearly not listened to a range of voices within education recently urging it to pause and rethink school policy in the light of this crisis”. 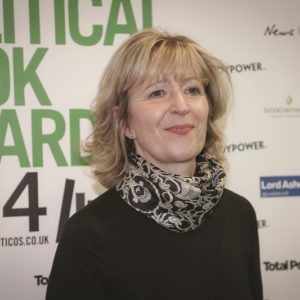 “Instead, it looks like it will plough on with ill-thought out plans to sweep every school it can into a multi-academy trust, extend its controversial free schools policy and support only those initiatives that align with this agenda, such as the newly created Oak Academy.”

The free schools role will focus on “approving new schools into the pipeline”, with another 30 mainstream free schools expected to be approved in the autumn.

The postholder will also be responsible for opening the 220 schools already “in the pipeline” and moving “around 100 free schools open in temporary accommodation to a permanent building on a permanent site”.

It comes at a time of reform for the school improvement system, with a growing role for academy trusts.

In February, a review of the national leaders of education (NLEs) network recommended that “transformative” academy trust chief executives and improvement directors be let into the programme for the first time.

A week is a long time at the DfE

The Department for Education has a team working on “policy a week ahead” in response to the coronavirus pandemic, Schools Week has learned.

The team has at least two members and is set up to respond to emerging issues relating to schools and early years.

It follows criticism that the department’s response to the pandemic has been too reactive, with decisions made at the last minute and without proper consultation.

However, the DfE said the phrase “policy a week ahead” was not meant to be used in isolation or “interpreted literally”.

It said the phrase was used for one aspect of the work of its central schools coronavirus response team.

But one source familiar with the inner-workings of the department said: “If I were in DfE, and being criticised for acting too reactively and ‘short termistly’, I really, really wouldn’t have called a team ‘policy a week ahead’.”