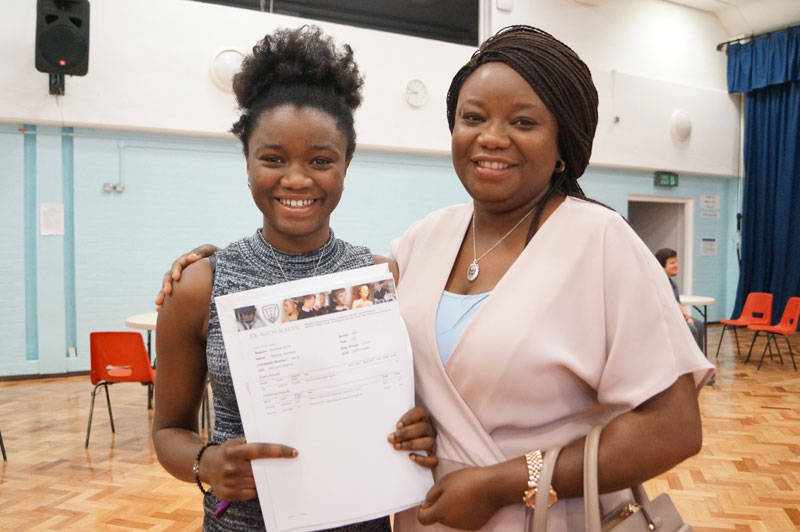 Eighteen-year-old Matilda Kombey has finally achieved her dream of a C grade in English.

The De Aston School pupil was born in Sierra Leone, and in 2004 moved to Gambia where she was home-schooled. It was in 2008 that she made the move to the UK but could barely speak English.

She attempted her English GCSE four times at various schools without success. After a year of dedication and hard work at De Aston School and with the help of English teacher Mr Porter, she managed to achieve her goal.

English teacher Mr Porter said: “Matilda came to us last year and worked so hard to get her grade after failing to achieve it in other schools. We are so proud of her.”

Matilda thanked her teacher Mr Porter, saying: “My teacher really believed in me and never stopped helping. I couldn’t have done it without him.”

She now plans to study Nursing at university and wants to go on to do a Masters.

Pic: Matilda and her proud mum