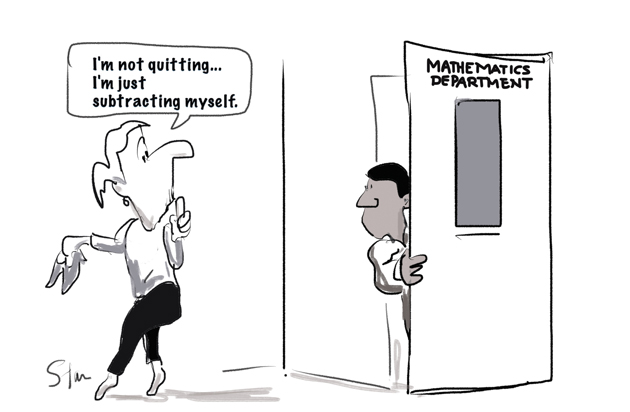 Maths had the largest drop-out rates among trainee teachers despite offering the biggest bursaries, Schools Week can exclusively reveal.

A survey of 30 providers by the National Association of School Based Teacher Trainers (NASBTT) has for the first time collected figures by subject and reason for trainees who leave before completing their courses.

It found more than a quarter of secondary school drop-outs were in maths – despite students being offered up to £25,000 in tax-free bursaries.

Chemistry (15 per cent) and modern foreign languages (12 per cent) had the third and fourth highest drop-out rates respectively, despite again offering some of the largest bursaries.

The total number of drop-outs, however, was relatively low with just 90 trainees from a sample cohort of 1,204.

The Department for Education (DfE) said it does not recognise these figures and there is “nothing to suggest maths is a particular problem”.

But the findings follow a report into teacher training by the National Audit Office (NAO) that criticised the DfE for handing out £620 million on bursaries without knowing whether it aids recruitment.

The department has hiked up bursaries in recent years for priority subjects. Graduates with a first-class degree in physics can now earn £30,000 tax-free.

The NASBTT survey was based on trainee figures from 2013/14. Bursaries of up to £20,000 could be claimed at the time in maths, chemistry and modern languages.

Martin Thompson, executive director at NASBTT, said: “We wanted to inform our providers about why people were leaving – and it’s interesting to see we are having so much trouble with maths trainees leaving.

“Perhaps they were in it for the bursary payments?”

One survey response said a maths trainee was tagged as a “cause for concern” because of their performance and then quit the day after a bursary payment.

The respondent, who was not named, added: “This brought his bursary total for the year to £10,000 and he admitted this had paid for his Masters course.”

But Mr Thompson stopped short of saying the figures revealed a potential problem with “bursary tourism”.

The survey also found nearly 40 per cent of trainee teachers who dropped out of courses said it was because of stress or workload. A further 20 per cent left because of health reasons and 15.6 per cent because they did not enjoy teaching.

The DfE said 88 per cent of maths trainees in 2013/14 were awarded qualified teaching status, compared to 91 per cent of trainees overall.

They also said bursaries are paid in instalments and robust procedures ensure money is not paid out unnecessarily.

A spokesperson said: “The government is investing hundreds of millions in teacher recruitment and this is our best ever generation of teachers.

“We are offering generous bursaries and scholarships in STEM [science, technology, engineering and maths] subjects – and we’ve given schools unprecedented freedom over staff pay, allowing them to attract the brightest and the best.”