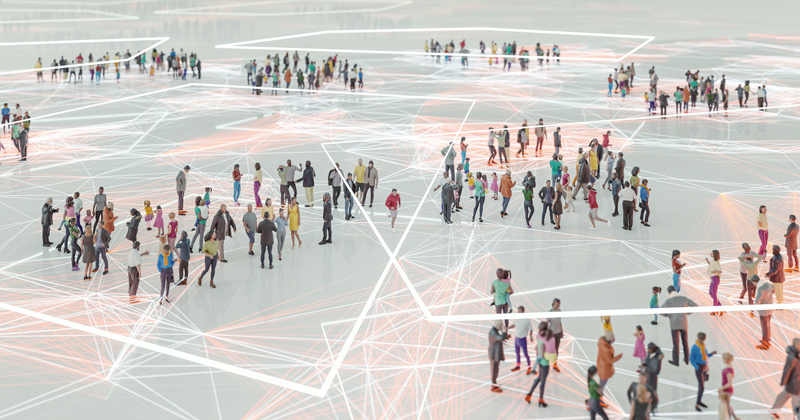 If successive ministers can’t even agree on how to define a large MAT, there should definitely be more debate about their purpose and scope, writes Emma Knights

At the beginning of this month, education secretary, Gavin Williamson said he and his department will be encouraging more schools to join multi academy trusts (MATs); this was hardly surprising as MATs have been the DfE’s favoured structural solution to school improvement for some years. Though no Secretary of State has attempted to set out the government’s vision for England’s school sector since Nicky Morgan’s ill-fated 2016 Education Excellence Everywhere white paper, the direction is clear. Albeit at a slow place, we are moving towards a system dominated by larger MATs.

There has been no public policy debate and little academic scrutiny as to the pros and cons of different sizes of trust. The change appears to be happening organically, but decisions are being taken week-by-week by the Department for Education which bring about this effect.

Wanting more schools to join MATs is not the full story: we all know MATs vary considerably from the tiny to the enormous. They may have the same legal structure, but they are very different beasts –  each with their own ethos, context and risks. So what determines the right scale?

Larger MATs are less likely to have committees for each academy

Lord Agnew suggested that 10 to 20 schools was a good number because you could get the headteachers round a table to have a conversation. There is much to be said for considering the issue on a human scale, especially by a minister who concentrated so often on financial efficiencies.

The DfE tried for several years to model a financial sweet spot. Conclusive work did not emerge, but there appears to be growing consensus that between 5,000 to 10,000 pupils offers operational sustainability.

Agnew’s predecessor, Lord Nash wanted schools in a MAT within half an hour’s travel of each other. Post-Covid, travel times may not be such a critical factor, but local partnerships and community engagement are bigger considerations than ever.

Many MATs are working hard to capitalise on the advantages brought by local collaboration and local volunteers governing at academy level. I’m pleased to report that this local tier of governance is alive and well in the large majority of MATs.

But larger MATs are less likely to have committees for each academy. This widens the distance between decision makers on the board of trustees and those most affected by their decisions – sometimes literally. Geographically dispersed trusts serve very different communities from their remote headquarters.

Trusts are unlikely to be thinking of the sustainability of the national or even of local systems. That is not their job. Boards of trustees do not have any responsibility for pupils outside their own schools; their legal responsibility is to sustain their own trust and improve its schools’ performance. This leads to important ethical considerations, of which here are just two:

First, do we intend MATs to be fixed entities or incubators of success? It’s not hard to imagine large MATs with local clusters of schools enabling these to ‘float off’ as a new, separate MAT when they are stable and well-led. Creating smaller, autonomous MATs that are more responsive to local knowledge and better able to engage in civic life would show real system leadership and moral purpose. It would also help combat the oft-levelled accusation of empire building.

Second, there is the important matter of fairness. The default position of expanding larger trusts means smaller ones are often overlooked as destination MATs for brokered and re-brokered schools. That’s why NGA’s updated report calls upon regional schools commissioners and their headteacher boards to examine the local economy of schools and work proactively with these smaller trusts.

If incentives are to be introduced once again to accelerate the transformation of the sector to a MAT-led system, then now is the time to have these discussions. Where does DfE – and where do the rest of us – want the sector to end up? Is this latest announcement just a bit of tidying up after Michael Gove’s original conversion of single schools, or is their aim to end up with every MAT a large MAT. And if so, why? But even more importantly, how?