Standing in line at the Café Nero one street down from the Department for Education, a message pops onto my phone.

“I’ll have an Americano… a full on Trumpian alt-right coffee, sorry, patriotic coffee.”

It was sent by Mark Lehain, a former headteacher who now leads the Parents and Teachers for Excellence campaign, an unusual “grassroots” group which sprung up last year amid a storm of controversy.

The group was originally promoted via a press release naming a long list of teachers and academy chiefs as its key backers, but there were questions about who was really behind the group and its purpose. An investigation by Schools Week later revealed that one of the two founding directors was Jon Moynihan, a major Conservative and Vote Leave donor. (The other was Dame Rachel De Souza, the chief executive of Inspiration Trust).

At the time, Lehain was still in the head’s office at Bedford Free School, one of the first secondary free schools in the country, and which he helped found.

Called one day by De Souza, she asked if he would support an organisation aiming to get parents and teachers talking about overlooked issues such as the curriculum and behaviour.

Lehain jumped at the chance and since then has stepped down at Bedford (“it felt the right time”) and is now leading the PTE campaign.
Any reservations that people have about PTE being a “shadowy neoliberal organisation”, are brushed off with Lehain’s characteristic, often self-mocking, humour – hence the text.

“You guys are important, even though you write difficult stories about us,” he says, genuinely, drinking his Americano. “But what people really need to know about us is that we just want to be a voice in education. We want to encourage schools to take advantage of the freedoms they have now, in whatever type of school they are, to try and make their school great for kids.

“The way we want to operate is shining a spotlight on really great things that people are doing to make their school better. We want to inspire teachers, and particularly parents, to say ‘oh, I’d like it if my school did that’. That’s all we are trying to do.”

In particular, PTE wants to start a conversation around four topics: school culture and behaviour policies, a knowledge-based curriculum, how to use rigorous assessment, and the importance of extra-curricular activities.

An additional aim about promoting academies has since been dropped: “It doesn’t matter what type of school you are in, we all need to think about these things.”

In recent weeks, the behaviour policy at Great Yarmouth Charter School, now a part of Inspiration Trust, has hit headlines for its strict new rules. Will PTE be encouraging schools to follow its lead? 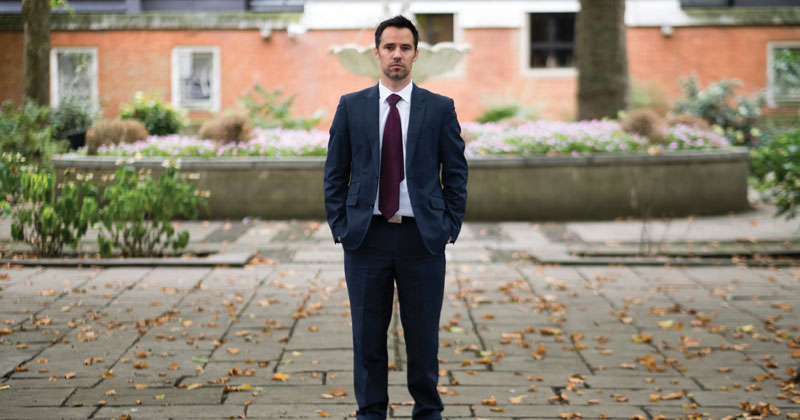 “I ran a school where in the last year we introduced silent corridors and a catch-up club for pupils who had low attendance and so had to stay back on a Friday. Some people will say that’s extreme and negative. We thought it was positive.

“I’m not saying every school should have silent corridors, or do the things we do, but I do think we should have a discussion about great behaviour culture or what we should ask kids to do. It’s a legitimate conversation for teachers and for parents too – because they have a view on these things.”

As a parent of four children, Lehain only allowed policies at Bedford Free School if it would be good enough for his own children.

His own educational experience also left its mark. Growing up in Woodley, just outside Reading, Lehain was the third of eight children. Naturally bright and conscientious, he “smashed” school and “loved it, totally loved it”.

After taking five A-levels, his place at Cambridge seemed a natural fit to everyone except him. He felt like an “outsider” when he got there.

“That’s why I believe in the knowledge-rich curriculum,” he says. “It is about ‘levelling up’ so you have the confidence and wherewithal in any situation.

“I will never forget my first night, rocking up at Cambridge, and watching people eat a banana with a fork. A knowledge-rich curriculum is not about teaching about knives and forks at a posh meal. But it is about the idea that if you give kids the right sort of education then they won’t feel out of place at a posh meal, or sitting with a journalist in a café in Westminster. I want them to feel they are as entitled to do that as anyone else.

“What I think independent schools are good at is not just pumping kids full of that stuff but also giving them the opportunity to practice leading. You know, those Eton lads didn’t think twice about getting Putin’s vicar to come to the school, did they?”

His belief that all children should be equally entitled to access power led him in 2009 to help his year 12 pupils put on a ‘Question Time’ event for the mayoral candidates in the local elections.

“That was the best thing I ever did in education,” he says.

If you ask parents about schools, they have two questions. Will my child be safe? Or, will you be strict?

But is that really a knowledge-rich curriculum? It sounds more like citizenship and a bit of gumption.

“It’s an outcome of a knowledge-rich curriculum,” he explains. “It is about equipping kids with the knowledge and tools to take part in that conversation.”

As one of the first founders of a free school, what lessons did he take away from the experience?

“If you ask parents about schools, they have two questions. Will my child be safe? Or, will you be strict? Which is a way of asking about safety. And, will you have a smart uniform? You laugh, but that’s what they say.”

(I am laughing because it’s mostly true.)

What about communities where people don’t think smart uniform is that important?

“They don’t exist,” Lehain says. Really? “Okay, there’s a tipping point. I think once you have a large enough sample, the others come along with this view.”

A problem for any campaign group pushing the benefits of autonomy is that teachers increasingly feel their freedoms are constrained. Multi-academy trusts often have specific requirements on teaching style. Even headteachers say autonomy was greater when under local council management as they mostly kept their nose out.

Lehain disagrees: “The reason we are all arguing and debating so much is because we have so many different types of schools. It’s amazing that within walking distance in London, you can have School 21 [a project-based learning secondary], and East London Science School [special subject focus], and Mossbourne Secondary [strict behaviour code].

“The really frustrating thing about education also comes out of the thing that’s really great about education. Everyone has a view on it. Everyone cares about it. It’s so important, that’s why we argue about it. But we have to work out how to do that positively.”

If the focus of PTE is on ‘debate’ won’t that simply cause more division? Wouldn’t a teacher be better off joining the College of Teaching to improve their skills?

“No, because they aren’t including parents,” says Lehain, who worries that voice gets lost too often. “We want to give a voice to people who are overlooked, that’s what’s different. And whether we are happy about how we got here, we’ve got more autonomy and freedom to do what we want over those four things – behaviour, curriculum, assessment and extra-curricular activities – and that’s exciting.

“Justine Greening and Amanda Spielman can say what they like. Teachers and headteachers have the power over what happens in their classroom. We’ve just got to use it.”

What is your favourite book?
Catch 22, because it’s crazy, and also because Art Garfunkel was in the film.

Are you more like Art Garfunkel or Paul Simon?
Paul Simon, because I am short.

What is a band you regret not seeing in concert?
Led Zeppelin, because they were a family unit.

If you could go back to university now, what would you study?
Maths, because I’m more in love with the subject than ever. I really wavered between becoming a maths teacher or an economics teacher. But I’m glad I did maths.

What toy would you most like for Christmas?
You know those toys that have a string you pull and it talks? I want a Michael Gove one of those. Pull the string – “you’re an enemy of promise” – that would be funny.