The progress scores of major multi-academy trusts including Harris Federation, Outwood Grange and Delta all drop off if they include pupils who leave before the end of year 11.

Researchers at Education Datalab have “reweighted” the performance data of the 62 trusts in MAT league tables last year to include the GCSE results of pupils who leave before completing their secondary education, which is currently omitted.

Among the 10 trusts whose progress scores changed the most under the model are three of England’s largest and most influential chains. Harris came fourth, Outwood Grange came seventh and Delta came 10th.

Harris’ score dropped from 0.54 to 0.39, though it was only marked on 17 of its 44 schools, because they must have belonged to a trust for three years to count in the tables. 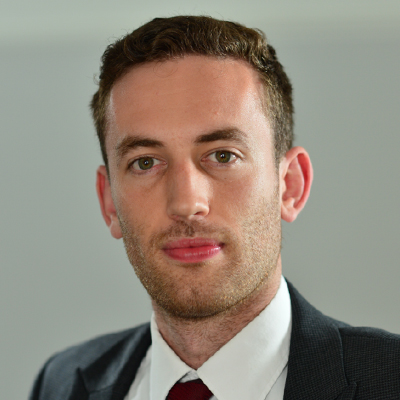 About 15,400 pupils left a state school last year without reappearance at another institution, including private schools or further education, researchers calculated.

If schools are held accountable for the pupils who get results elsewhere or never reappear, they will be less likely to “off-roll” them to worse institutions, said lead researcher Philip Nye (pictured right).

“It doesn’t eradicate the incentive – but it does reduce it,” he said.

The EPI’s Jo Hutchinson said the re-weighted tables are not evidence of wrongdoing, “but do suggest where further scrutiny is needed”.

This granular data should also be available to Ofsted inspectors, added Kiran Gill from The Difference.

But Harris Federation pointed to research that shows London has a particularly mobile pupil population. It claimed that as the only large MAT exclusively in the capital it would be disproportionately affected. The progress score for Ark Schools, 10 of whose 15 schools on the table are in the capital, also fell by a similar amount from 0.22 to 0.11.

A spokesperson for Outwood Grange academies trust insisted there was barely any change in its league table position after Datalab’s model was applied, and it is “nonsense” to suggest pupils were made to leave.

The reweighted scores do not prove that these trusts are engaged in off-rolling. Researchers estimate that about half of the 15,400 pupils who have disappeared from English schools will have emigrated.

Four of the other seven trusts with the biggest changes to their progress scores defended their inclusivity policies.

Seckford Foundation Free School Trust, which had three Suffolk schools in the tables, said parents moved six pupils to other schools but a small year 11 cohort meant this had a “disproportionate effect on statistics”.

Seven key stage four pupils were sent to alternative provision last year from Blackpool’s Fylde Coast Academy Trust, according to its chief executive, and three year 11 pupils were excluded – but he said the trust tried to ensure these measures are not used lightly.

Inigo Woolf, who heads up the London Diocesan board of schools, said staff make “effective use” of both high-quality alternative provision as well as managed moves to other schools, as an alternative to permanent exclusion.