The gap between the lowest-attaining early years pupils and the rest of their cohort has widened again this year.

Results for the early years foundation stage profile, published today, shows the gap between the lowest-attaining 20 per cent of children and their peers has risen from 31.8 per cent in 2018 to 32.4 per cent in 2019, while their mean average total point score has decreased from 23.2 to 23. 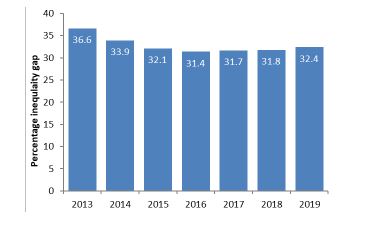 Although the proportion of children overall who achieved a good level of development has grown, rising by 0.3 percentage points to 71.8 per cent, this is the smallest increase since at least 2013. 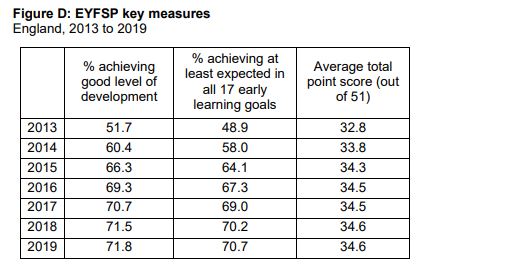 The percentage of children achieving at least the expected level across all early learning goals stood at 70.7 per cent, up by 0.5 percentage points from last year. However, the only individual measure that saw an increase this year was in numbers, where 79.8 per cent of children achieved at least the expected level, up from 79.6 last year. Writing remained static on 73.7 per cent and reading saw a slight fall from 77 per cent to 76.9 per cent. 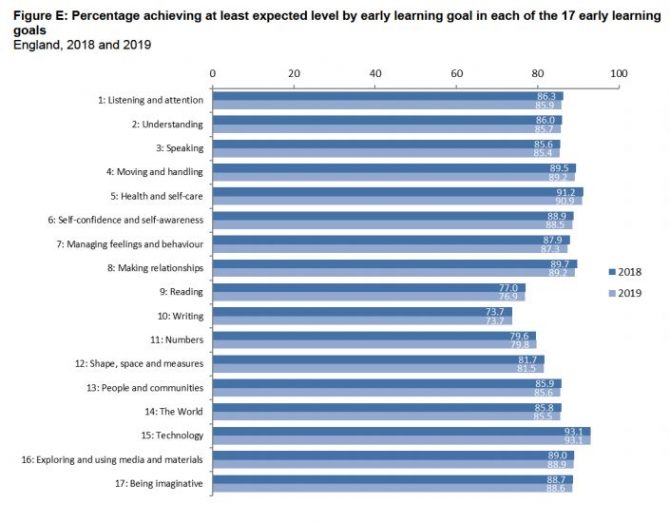