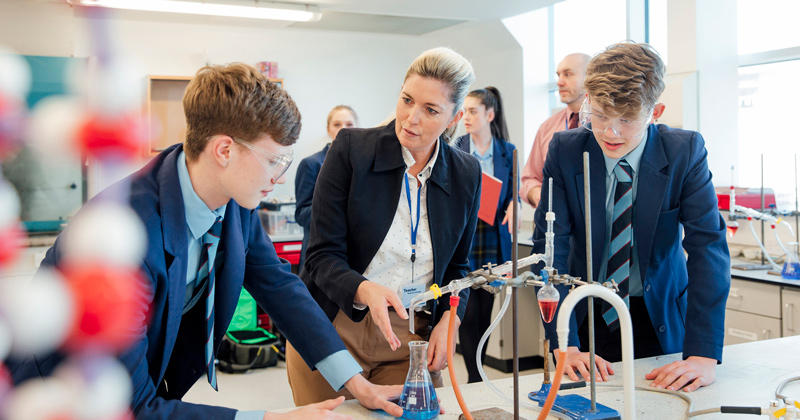 Don’t knock “low-cost” schools – they have the potential to improve efficiency across the sector, says James Croft

Affordable fee-based private schools have a long tradition in England and, as late as 2012, the best value schools in the independent sector (from the point of view of both education quality and their low fees) were privately owned and operated. But despite much talk of market conditions favouring the advent of a more radical low-fee model, until now we’ve seen little progress.

Among the inhibitors, standardised teacher pay and conditions and increasing regulatory demands on the independent sector have proved particularly prohibitive. The proprietors of the new schools in Durham and (proposed for) north London are to be credited for having found ways – through cutting facilities spend, focusing on traditional curriculum teaching, increasing class sizes, and (in the case of Durham) off-setting lower pay and incentivising younger teachers through a profit-share model. But whether, on reduced back-office staffing, it can stay abreast of regulation, we will have to wait and see.

Related to this is the question of the ventures’ sustainability and prospects for scale, which are also difficult to gauge. Thus far details of the investment model are thin on the ground, but it’s not uncommon for ventures with a purpose to find themselves struggling when they’ve used up what philanthropic leverage they had to command at the opening.

So revenue from fees, as for all schools, will be key. It’s worth noting that since 2012, when there were in the region of 200 private institutions operating on resources equivalent to or less than state-sector schools, most have significantly increased their fees. Whether they charge £52 or £100 a week, they’ll be pushed to maintain this price for long.

In terms of availability of sites, finding appropriate vacated premises in urban areas is always a challenge, and sites for conversion no less so. Those with scope for expansion are even more scarce. So development is likely to be slow going.

But for the DfE, these are experiments worth lending support to. Not because of any competition effect likely to arise as a result of new low-fee schools challenging state schools. It’s unlikely in fact that we’ll be able to draw any more illuminating conclusion than the answer to the question whether the ‘wealthy enough’ middle-class target demographic want them. But because schooling needs to become more efficient.

While progress has undoubtedly been made, free-schools, of which much was hoped in this regard, have yet to realise their potential. Elsewhere around the world where countries have run reform experiments, at state and national level, there have been significant efficiency gains . Here the legalities of ownership, contracting new providers, and construction outsourcing and procurement frameworks have failed us, as too have inherited soft budgetary practices and inadequate incentives on schools to scale.

If a more capital- and revenue-efficient model can be made to work, at scale, in the independent sector, then the case strengthens for liberalisation of free schools on the question of private ownership of government-funded schools.

As successive CfEE studies of the economic evidence have shown, deterioration in quality does not automatically follow (and in the cases in question it’s unlikely as the evidence supports that the instructional models and methods proposed are sound). Neither, as CfEE research has also demonstrated, does decreased equity follow such reforms. Choice, especially when given impetus through the introduction of a profit-motive to schools, actually improves equity (provided the appropriate supporting measures and safeguards are in place).

The evidence suggests in fact that they are socio-economically much less discriminatory than other types. They won’t always work, but they’ve equal potential as not-for-profits for raising standards, and of key importance in this context, they have built-in incentives to efficiency and scale.