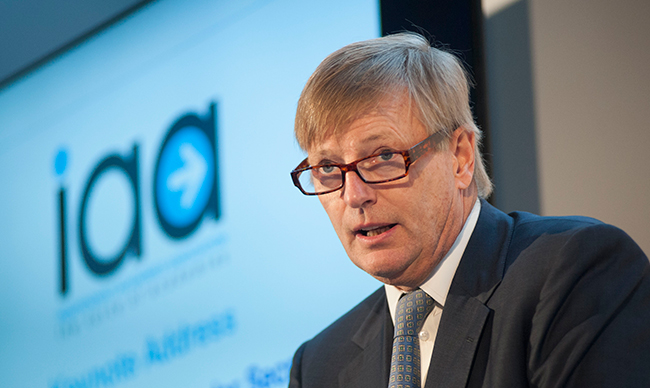 An investment firm set up by education minister Lord Nash is close to securing the £18.4m takeover of a recruitment company which supplies thousands of teachers to schools.

Lord Nash set up private equity company Sovereign Capital Partners in 2001 to buy companies before building them up and selling them on for a profit.

He left the company just days before it was announced in 2013 he was to receive a peerage and become a junior schools minister, appointed by then education secretary Michael Gove.

This week Star Bidco – a company in the Sovereign stable – has had an offer accepted to takeover Synarbor, one of the UK’s largest specialist education recruitment firms.

It provides permanent and temporary teachers and support staff, as well as leadership recruitment for schools.

Schools Week reported last month that agencies were being blamed for fuelling a teacher recruitment crisis by “hoovering up” job seekers before offering them to struggling schools for tens of thousands of pounds.

The Guardian had previously revealed schools were paying up to £50,000 with firms like Synarbor to recruit headteachers.

Synarbor’s director of education services, David Evans, told the Guardian he gets up to three requests a week from schools for recruitment services. But he said he turns down all those who aren’t willing to pay the top £50,000 headhunting package.

“There’s a massive growing shortage of heads with the retirement boom and not enough talent coming through,” he said.

Synarbor’s 2014 accounts show turnover of £28.1m and pre-tax profit of £2.3m. And the accounts state the future market is “expected to stay strong”. It highlights a large fall in teacher training numbers, increased workloads and higher city living costs against increasing birth rates and high levels of employment migration resulting in an increasing teacher shortage.

He later stepped down from the roles after retiring in 2013.