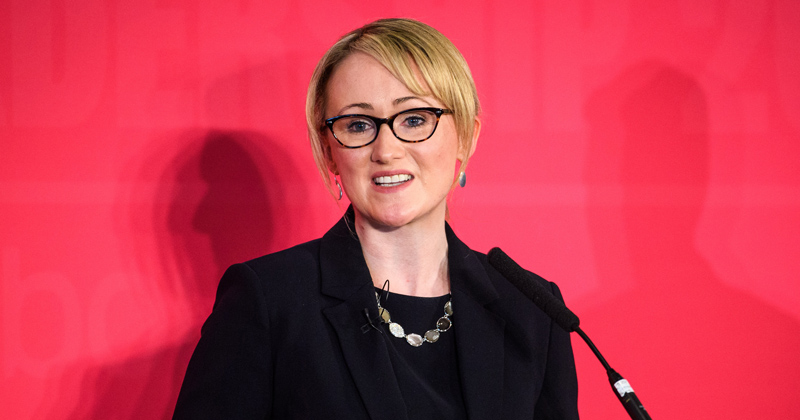 The lack of an “overarching message” from Labour on its flagship national education service was one of the reasons it lost the last general election, the new shadow education secretary has said.

But Rebecca Long-Bailey said the “fantastic” policy will survive and be developed by Labour under Sir Keir Starmer’s leadership. She has pledged to “flesh out the detail” in the “next few years”.

There are a number of reasons as to why we lost, we know that, but one of the reasons is that we didn’t have that overarching message that explained to people what the national education service was for

A flagship policy of Jeremy Corbyn, the party’s former leader, the service was an umbrella term for a free “cradle to grave” education system, with proposals such as scrapping tuition fees, replacing Ofsted and abandoning primary tests.

But although elements of the policy were extensively covered in the media and seemed to reach voters, many felt the overall vision did not hit home.

“There are a number of reasons as to why we lost, we know that, but one of the reasons is that we didn’t have that overarching message that explained to people what the national education service was for and what a Labour government was for,” said Long-Bailey in an exclusive interview with Schools Week.

But the former party leadership candidate believes the NES was key policy “for a reason”, adding that that the coronavirus crisis has highlighted the “huge role” schools play in society

“If we’re going to make sure that we don’t just see social mobility, the odd few climbing the ladder and doing very well for themselves, but everybody rising up and realising their potential, then we’ve got to have a cradle to grave national education service that means education is a right to all.”

Although Long-Bailey and Starmer are from different wings of the party, they are on the same page on most education issues. They both oppose academic selection, favour replacing Ofsted and primary school tests, and want to close tax loopholes for private schools.

Starmer told Schools Week during the campaign that “all schools should be under local democratic control”.

Long-Bailey agrees, and says Labour will not change its policy, which proposes that no more free schools and academies and existing academies brought back under the control of “parents, teachers and local communities”.

However, with most secondary schools now operating as academies, the new shadow education secretary acknowledges there needs to be a “discussion about how quickly we can make that local accountability happen”.

“It’s not a secret that I oppose academies. That’s not to say that we don’t have fantastic teachers and fantastic leaders in many of our academies, because we do. It just so happens that they’re in an academy school.”

Long-Bailey says she has problems with their accountability. They can become “heavily commercialised” with their own terms and conditions for staff. This is “not acceptable”.

“We need to have harmonisation across the sector so that good academies can’t cherry-pick the best staff in one particular area.

“We need to have a standardised education system. So wherever you are, in whatever part of the country, as a parent you can be guaranteed that your child is going to have the gold standard education that they should be entitled to.”

Long-Bailey’s first task before she can flesh out Labour’s education policies is to hold the government to account for its coronavirus response.

She believes “clearer” communication is needed about plans to reopen schools, and warns of “a lot of concern” among school staff about a rushed return.

It follows a Sunday Times report that ministers are considering three dates for schools to reopen, with the earliest in just three weeks’ time. The report was later dismissed by Gavin Williamson, the education secretary.

Long-Bailey added: “Schools, teachers and staff are worried that they’ll be asked to reopen in a matter of days in the same way that they were asked to close, and that can’t happen.”