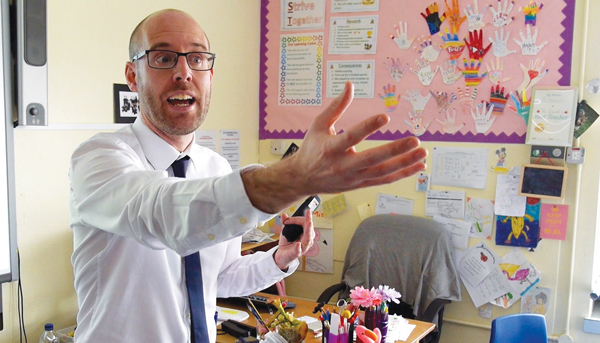 A literacy initiative started by a group of teachers in Yorkshire has gone global after receiving plaudits from teachers and famous authors around the world.

Education platform Pobble, originally called “LendMeYourLiteracy”, was started by the group of literacy advocates in Harrogate to help to build local children’s confidence in writing.

The four founders developed the programme to allow teachers to share and showcase children’s work on an “online classroom wall”.

As students’ stories were shared and pupils realised they could become published authors, the site quickly gathered pace.

Pobble now has more than 30,000 pieces of written work, with users in more than 100 countries.

“From the first pieces that were shared by a class in Harrogate, to the new stories being added every few minutes from around the world, the impact on children and teachers continues to be staggering,” says co-founder and chief executive Jon Smith.

Literacy on the site ranges from a love story by a ten-year-old boy from Afghanistan, viewed more than 9,000 times, to the tale of Fred, a shy and dyslexic six-year-old who used to hate written work until he won a “LendMeYourLiteracy” writing competition.

“There is no doubt that it has aided our pupils’ improvement in writing. Children need to be stimulated and inspired, and that’s what Pobble does.”

“Publishing and celebrating children’s writing on Pobble shows children that their writing matters,” he says. “It gives young writers a real audience and therefore a purpose and reason to be proud.”

Mr Smith adds: “For children, what could be more exciting than getting that awesome piece of work they’ve just carefully written published and shared with the world? And for teachers, we’re connecting classes whilst building a global library of ideas, content and resource.

“Pobble is on a global literacy mission and like some of the inspiring stories on the platform about dreams of becoming astronauts; this is really capturing imaginations and taking off.”