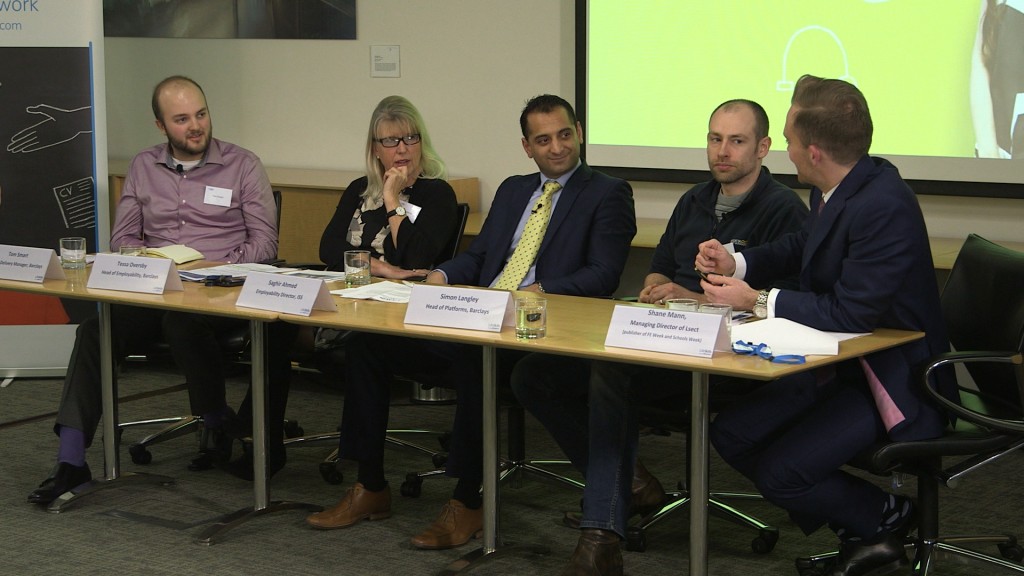 The event, run by Barclays LifeSkills and held at its Canary Wharf HQ, saw more than 50 teachers hear from leaders in employability.

LifeSkills is a free employability programme designed to give young people access to advice, support and opportunities to get ready for the world of work.

Ms Oversby, who has worked in banking for 42 years, explained the changes she has seen to recruitment.

She said: “My generation were welcomed straight out of school or university into jobs. The companies and employers grew talent and would take time to give you the opportunity to learn the trades and move around the organisation.

“It was probably in the 80s that type of approach fell off the cliff. It was then all about having the skills and experience to apply for a job. This is what you will know all too well – young people saying they don’t have any work experience.”

She added: “We have to help young people become more confident; they don’t know what they don’t know and we have to give them the opportunity to see and understand more and it is wrong of us to expect them to have that already.”

Mr Ahmed, Mr Smart and Mr Langley all explained their ‘non-traditional’ routes into their current jobs, and explained how that shaped their attitudes towards apprenticeships and helping young people into work.

Some of the tips they gave for young people when writing CVs included making their personality come through, including hobbies such as sports, adding whether they have any extra responsibilities at home, and they said having such things as blogs or YouTube channels was a bonus.

A later session heard from Reema Malhotra of the UK Commission for Employment and Skills (UKCES) who explained what types of jobs will be available to young people in the future.

She said a number of jobs – such as farmers, electricians and train drivers – would be needed in the future, but explained while the job title may be the same, the skills needed would be very different to what they are now.

She said: “Job titles might stay the same, but the jobs won’t. A train driver for example will likely need many more digital skills.

“Digital is the major thing driving jobs in the future. And the global market is a key change. Everyone looks to the European Union and the US, but it is Asia and also South America where jobs will be heading. Young people will have to be much more flexible and team players if they are to succeed.”

Head of the LifeSkills programme, Kirstie Mackey, said: “This was our first CPD event and it was great to have such an engaged and interactive audience sharing insights and ideas. It just shows what a vital role employability and careers advice plays within the education sector and we were thrilled to play a part in equipping young people for their next steps through LifeSkills.”