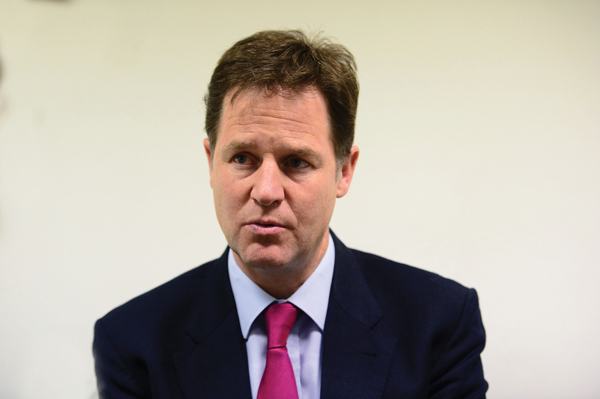 The Conservative party has insisted that education secretary Nicky Morgan is doing a “great job” after Liberal Democrat leader Nick Clegg (pictured) hinted his party might try to take control of the education department if involved in a future coalition government.

On the campaign trail this week, Mr Clegg said he would like to see a Liberal Democrat holding the post of education secretary in a future coalition, but the Conservatives have criticised the party for trying to distance itself from education policies they supported in government.

Mr Clegg is quoted as having said: “It would be a good thing if the Liberal Democrats were able to run education policy on our own terms, not least because we are the only party that is prepared to give the schools, colleges and nurseries the means that they need to absorb 400,000 new youngsters over the next five years.”

David Laws, a Liberal Democrat and schools minister, has previously spoken of his party’s record in blocking Conservative education policies.

A Conservative Party spokesperson said the party was focused on winning the election outright.

“[The] Lib Dems can’t run on their record and run away from it at the same time,” she said.