The proportion of A-level and AS-level entries made late by schools has dropped to the lowest level in at least a decade. 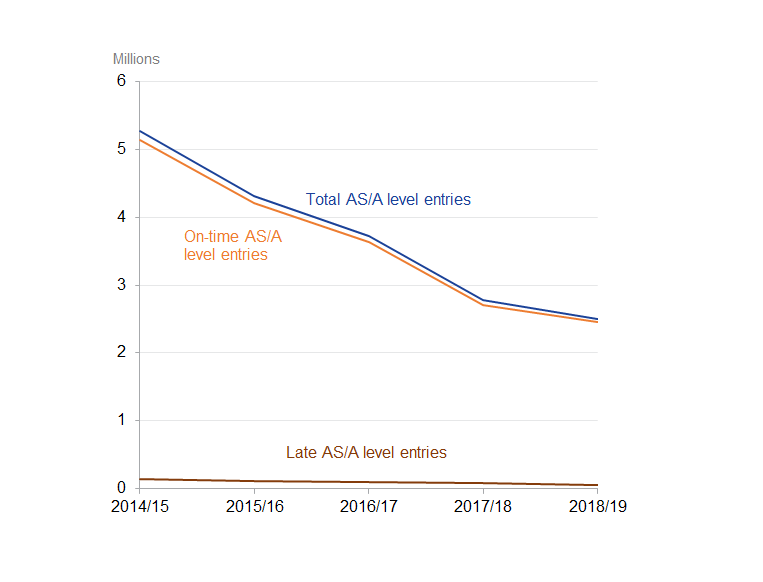 Schools entering pupils late to GCSE and A-level exams incur hefty extra fees. In 2017, we revealed how schools had saved more than £1 million in late fees by reducing late entries.