Creative subjects and other modern languages have seen the highest increases in top grades at A-level.

Maths and sociology have seen the lowest increases, but still saw the proportion of A and A* grades increase by almost 10 percentage points between 2019 and 2020.

Education Datalab stated that small entry subjects “still seem to have come out favourably. Languages and music also saw some of the largest increases in the first iteration of A-Level results, last Thursday.

With the lowest increase, of just nine percentage points, maths saw its proportion of the top grades at A-level rise from 40.5 last year to 49.5 in 2020.

Sociology saw the second-lowest increase with English language in third. 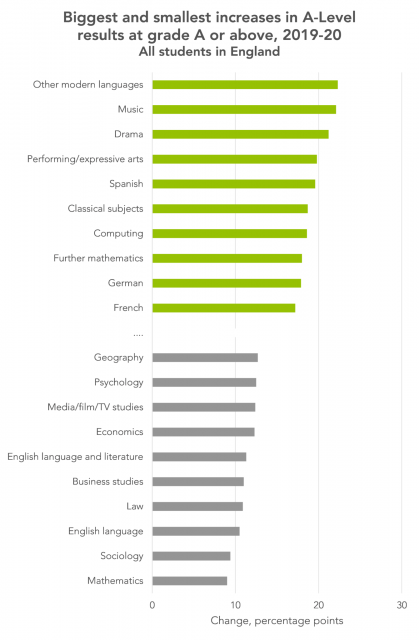 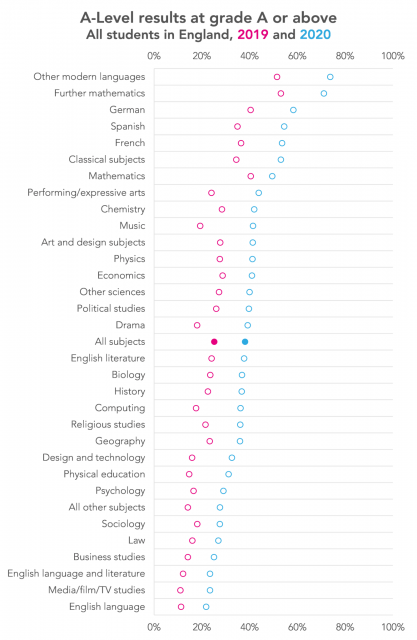 You can read Datalab’s analysis here.