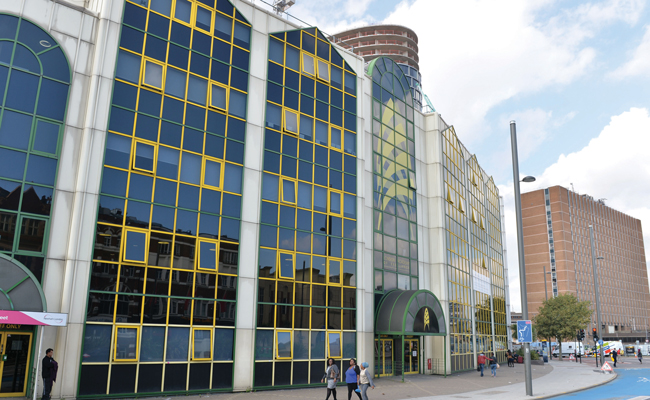 An MP is to start a ‘vigorous’ inquiry into a selective sixth form’s admissions policy after a number of students were ‘kicked out’ for failing to get high enough grades at the end of their first year.

Schools Week has learned that teenagers who do not get certain grades in their AS-levels are being told to leave London Academy of Excellence (LAE) as their marks will not be enough to gain a place at the most “competitive” universities, such as those in the Russell Group.

After learning of this, West Ham MP Lyn Brown has said she will investigate to discover what has happened at the Newham school. Former LAE students (pictured below) told how they were only informed of the grade requirements during the school year – rather than during the application process – and that they were expected to achieve three C grades in their AS-levels to continue into Year 13.

LAE said it told students and parents about the requirements in a letter in January. There is no information for prospective students about this policy on the school’s website.

Ms Brown said: “The admissions arrangements state that schools procedures should be fair and transparent and that if there are individuals who feel that these procedures have not been followed, then as their MP I will make vigorous representations to the school to get to the bottom of what has gone on.

As their MP I will make vigorous representations to the school

“Schools have a duty to spell out clearly to prospective pupils what their requirements are, and when I make my representations to the school, this is precisely what I will expect.

“They must make it clear what their requirements are and recognise that all pupils should be treated fairly and transparently.”

It is backed by a group of eight independent schools, including Eton and Brighton College, and students are selected based on expectations of high GCSE grade attainment.

Its headteacher, John Weeks, was formerly the deputy headmaster at Brighton College.

LAE said in August that 39 per cent of sixth formers got AAB grades in traditional subjects, with four pupils going to Oxford or Cambridge and 42.5 per cent heading to Russell Group universities.

However, two students, Jean Gregory and Banudi Srikanth, both 17, spoke exclusively to Schools Week about their experience of leaving LAE due to their low AS grades.

Jean said she was on holiday on results day and discovered three days before the start of this academic year that she would have to find a place at a new college.

She has since started at NewVic and has changed subjects. Speaking of her time at LAE she said: “I had six different teachers in the year. You can’t get used to a teacher’s style if they change all the time.

“I knew I was struggling and I was not given any support. There was a big difference in how you were treated if you weren’t doing as well, compared to those who were. I felt like I was ignored because I was behind. I don’t think they gave us enough support and now I am having to start all over again.”

In Banudi’s case, she was predicted mainly A grades after mock exams earlier in the year, but personal problems made it difficult for her during the summer exam period.

She said: “I did not get the grades I was meant to get. I wasn’t told I would need to get three Cs or I would be kicked out.

“I got As in my mock exams but then I had problems at home around the exams in May time and there was just lots going on.

“There was no one I could talk to about this at LAE and they weren’t aware what was happening. When I got my results and they weren’t what I was predicted they didn’t care about what the reasons were behind it.

“They just made me feel like I had failed and I wasn’t wanted because of it.

“I was basically told to get out and handed a list of other colleges where I could go instead.”

Mr Weeks said there were a “small proportion” of students who did not meet the criteria which would enable them to get a place at a top university and so have since left. LAE did not elaborate on the exact number of students involved.

He said the school now has 425 pupils although when asked about how many pupils started in Year 12 last September and how many continued into Year 13 this year, Schools Week received no response.

Mr Weeks confirmed that students were only told of the requirement once they had started their course. Adding: “The year group were made aware of this requirement early on in the year and close guidance was given to sixth formers from January if their grades suggested that they may not secure the criteria.

“A number of students, following school based and independent careers guidance given both before and immediately after AS results day, have moved to other institutions who offer a broader range of courses. These moves will give them the best opportunity to secure places on university courses that are right for them.”

The decision by LAE has come under fire from headteachers across the country. Geoff Barton, headteacher at King Edward VI School in Bury St Edmunds (pictured left), said: “We know that selective sixth forms can make themselves appear more narrowly successful by ‘culling’ groups of students who get disappointing AS results.

“But it hardly seems in the spirit of the free school programme, designed, we were told, to broaden access to academic success in disadvantaged areas. Nor does it seems value-for-money for taxpayers.”

Eddie Playfair, who heads NewVic college where a number of former LAE pupils have now started, said: “It is a real blow to confidence; it is really destabilising and knocks confidence if they, having started on a journey as a successful student, to not doing as well and feeling their place is in jeopardy and their future is in jeopardy.

“That is a very destabilising effect. On the whole, as colleges, we should take responsibility for learners and see them through all the ups and downs of their two, or three, years with them.

“It depends on each college’s judgement whether students have a good chance of passing.

“This is all about students being successful. It is up to the college to guide students if they are not likely to succeed on a particular path.

“But it does seem to me that those providers who do have a very high threshold to progress from first to second year are not keeping faith with their students and are not seeing students through and not necessarily supporting students through those ups and downs of study.

“The more providers which do that, the more movement there is going to be and more students who will be affected by this. Ideally I would prefer to see us all taking responsibility in our role, whether students do well or not.”

Funding cut for college coming to the rescue

Students repeating their first year of A-levels is reducing college budgets, says the principal at NewVic. Eddie Playfair told Schools Week he is having to slash £300,000 – or two per cent – from his budget this year after government changes in policy mean colleges

are now awarded less funding for students aged 18 at the start of the academic year.

The change came into force last month and colleges are now paid 17.5 per cent less for older students.

Mr Playfair said at least 100 students had transferred to the college from other institutions, including LAE, this year, many of whom will be taught at NewVic for a further two years up to the age of at least 19.

Mr Playfair said he was having to make savings, but was trying not to cut back on teaching time for students.

He said: “I don’t want to pass this funding cut on to the students. We have had to shave two per cent off our budget. Some cuts are harder than others, but I haven’t cut teaching hours yet.

“Class sizes are probably going to have to get bigger because of this.

“Students will change what course they are doing after a first year or come to us after being at another provider for their first year.

“This will inevitably get worse as students come to us at an older age.

“Our 18 plus numbers will be based on the previous year, this is a lagged system, and if the numbers of over 18s go up we may lose more income.

“I am not sure what we are going to do about it in the long term.”

LAE provides a pathway for able children of East London to secure places at Russell Group and other high status universities. It does this through providing excellent teaching in only the most difficult, facilitating, A level subjects, and also through giving the very best guidance on securing places on competitive university courses. There were 398 children in the school last year, and 425 this year.

This year our year 12 secured strong AS results, comparable with the year group above them who went on to secure 72% A*-B at A level (having had an entry requirement of 5Bs at GCSE).

The halfway point of any two year course, at any institution, is a natural point for the students to pause and take stock. They are on the cusp of university application and are making decisions that will affect the rest of their lives. The academic team at LAE has regular conversations with all of our sixth formers about their chosen pathways.  Individualised and specific careers guidance from highly qualified staff is at the very core of what LAE does. Well informed and robust advice on the best route to chosen careers and universities is fundamental. Some students, based on their AS results, chose not to continue studying the A levels which LAE provides in year 13. There were a small proportion of the students who did not secure the generally recognised minimum AS progression criteria necessary if students are to secure the grades required to gain a place on the most competitive university courses. The year group were made aware of this requirement early on in the year and close guidance was given to sixth formers from January if their grades suggested that they may not secure the criteria.

A number of students, following school based and independent careers guidance given both before and immediately after AS results day, have moved to other institutions who offer a broader range of courses. These moves will give them the best opportunity to secure places on university courses that are right for them.

Nicky Morgan was keen to voice opposition to selective education at the Conservative Party Conference. And she’s right.

Yet on pages 6 and 7 a highly selective sixth form, praised in February by Michael Gove as a “superb new free school,” is exposed by Schools Week for dumping students halfway through their A-levels.

Why? Because, as the principal at the London Academy of Excellence (LAE) admits, if students don’t stand a strong chance of getting into a ‘competitive university’ he has decided they must retake their A-levels elsewhere.

Visit the LAE website and instead of an end of first year ‘forcing out’ policy for parents to ponder, you find press releases about their progression rates to Russell Group universities.
LAE should not be applauded for rigging their success.

The plaudits should go to the further education sixth form college next door.

Eddie Playfair at NewVic sixth form is supporting the ex-LAE students to retake their A-levels, and now doing so on less funding once they turn 18.

With the help of the local MP let’s hope LAE do the right thing for their students.