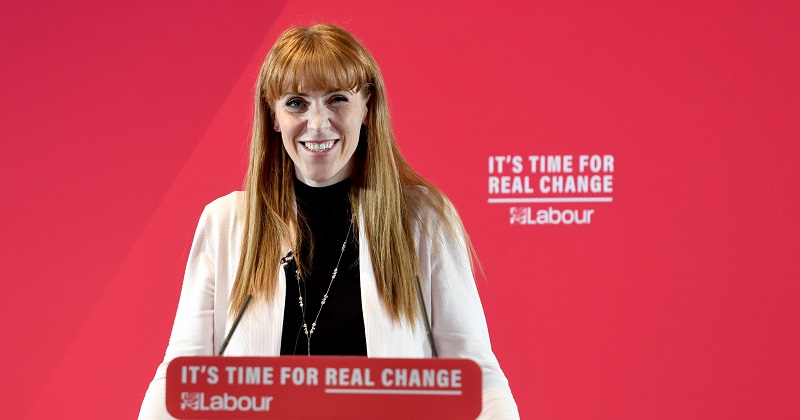 The shadow education secretary will promise to hire almost 20,000 extra teachers to cover additional classes created by the cap.

Labour will transform education standards in this country for every child

Rayner will also reveal plans to train every unqualified teacher in the first term of a Labour government.

But one union warned the pledge won’t even be enough to meet the rising demand for future teachers – without factoring in the impact of the class size cap.

The average size of secondary classes has also risen four years in a row.

Labour has costed delivering the new teachers at around £1 billion a year, which will be met from the £10.5 billion rise in school spending already proposed. Money for additional classrooms will come from the party’s £150 billion social transformation fund.

“Labour will transform education standards in this country for every child, capping class sizes and ensuring every child is taught by a qualified teacher in a safe school building,” Rayner will say today.

At the moment, only infant classes are capped at 30, but schools are still allowed to breach that limit in order to admit certain pupils, including those in care, the children of service personnel or those with education, health and care plans.

Under Labour’s plans, that limit, along with the rules around which pupils are exempt, will be extended to other phases.

Analysis by Schools Week of government data shows there are currently 12,398 secondary school classes and 12,393 junior classes with 31 or more pupils.

A total of 8.4 per cent of all secondary school classes now have between 31 and 35 pupils, up from 7.7 per cent last year and considerably higher than the 5.6 per cent recorded in 2014.

Labour has not said how many extra classes will needed if the cap was introduced.

The party has made similar pledges before, but some academics remain sceptical.

The Education Endowment Foundation states that the evidence “does not show particularly large or clear effects until class size is reduced substantially to fewer than 20 or even 15 pupils”.

A 2018 paper by the Campbell Collaboration research network also found that reducing class sizes had “at best a small effect on academic achievement”, and warned that it “cannot be ruled out that some children may be adversely affected”.

“There’s little evidence I’m aware of that class size itself makes any difference to academic outcomes, despite the attention that’s paid to it,” said Dr Timo Hannay, the founder of SchoolDash.

“One argument I’ve heard is that teachers prefer smaller classes, so this is one way to attract more good people into the profession. That makes some sense – and teacher effectiveness certainly makes a huge difference to educational outcomes.”

The party believes it can attract 20,000 new teachers by making the profession more attractive – both through efforts to reduce workload by scrapping Ofsted and SATs, and through improved pay and working conditions.

Rayner said her party would launch “one of the most ambitious teacher recruitment drives in history” if it wins the election. The recruitment campaign would focus specifically on the party’s reforms for teachers.

During her speech today, the shadow education secretary will also announce plans to ensure all unqualified teachers are “fully-trained” during Labour’s first term in office. The training costs and increased salary requirements would also be funded from the £10.5 billion overall school funding rise – but no specific cost has been provided.

Paul Whiteman, the general secretary of school leaders’ union NAHT, said Labour’s targets were still “well short of the 47,000 secondary teachers and 8,000 primary teachers that are needed by 2024 in order to keep pace with growing pupil numbers”.

Geoff Barton, who leads the ASCL leadership union, warned “far too many pupils are currently being taught in large classes of 31 or more because of funding cuts. Labour’s plans to recruit and train many more teachers are ambitious, but it is right to identify this as a key priority.”

The shadow education secretary will also announce plans today to roll out free breakfasts to all primary schools and pilot the service at secondary level.

Labour would also introduce a new programme of extended schools, in the evenings and summer holidays, to offer meals and sports provision to pupils outside school time, Rayner will pledge.

The party estimates extending breakfasts to primary schools will cost £275 million, based on a 25 per cent take-up.

Piloting the breakfasts in 20 per cent of secondary schools is costed at £40 million, again, based on a 25 per cent take-up.

Both proposals would be funded from the £10.5 billion additional revenue funding for schools.