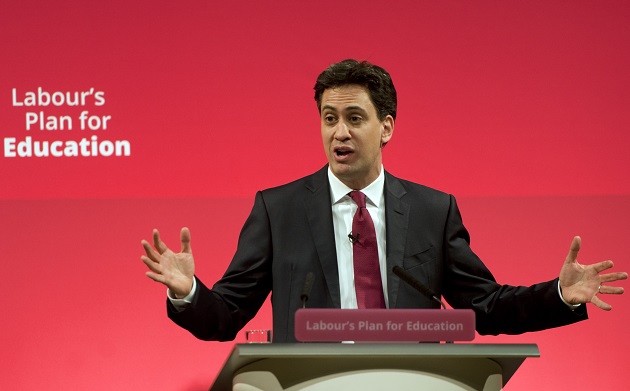 Schools will miss out on ‘outstanding’ Ofsted ratings if they fail to offer creative subjects and cultural opportunities under a Labour government, Ed Miliband has pledged.

In a speech at Battersea Arts Centre last night, Mr Miliband also said schools would be asked to appoint a “culture champion” to connect with arts organisations and that Labour would encourage more after-school clubs.

“It is for all these reasons that I am committed to opening up access to the arts and culture because it can’t be right that all of these advantages are the privilege of a few, rather than the right of the many.”

Mr Miliband referred to figures from the recent Warwick Commission, which showed that the number of primary school children taking part in music fell from more than a half in 2010, to just over a third in 2013, and that the number of arts and culture teachers in schools had fallen by 11 per cent since 2010.

He added: “And in 2013, only 8.4 per cent of students combined arts and culture and science subjects at AS level.

“In my view, this is a direct consequence of a backward-looking, narrow educational philosophy from a government that has gone from the Gove regime to the Gove regime in all but name.”

Mr Miliband also pledged to ensure national galleries and museums continued to offer free admission and said he would encourage the Arts Council to use its grants programme to help organisations increase the number of activities they offer young people.

He added: “That is why the next Labour government’s mission is to guarantee every young person, from whatever background, access to the arts and culture: a universal entitlement to a creative education for every child.”