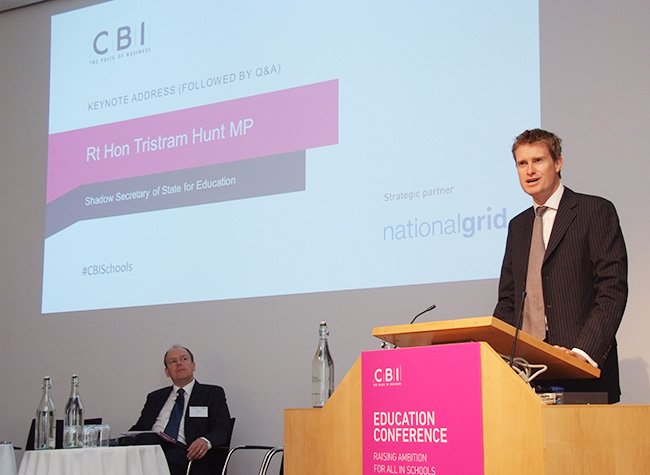 Headteachers will benefit from business leader partnerships and a new ‘gold standard’ qualification – under new Labour plans to be announced today by the shadow education secretary.

Speaking at The City Academy in Hackney, Tristram Hunt will promise that a Labour Government would ask employers to offer business and leadership partnerships to schools, and would develop a ‘School Leadership Institute’ which will accredit a new ‘gold standard’ headship qualification.

Ahead of the visit, Mr Hunt said: “Head teachers today manage multi-million pound budgets and are often responsible for over one hundred staff. To support them in this hugely important and challenging task, we are working with the Confederation of British Industry [CBI] and Business in the Community [BitC] to ask some of the best business leaders in Britain to share their expertise.”

The move comes after weeks of speculation regarding Labour’s relationship with businesses, during which the shadow education secretary said the party was “furiously, passionately, aggressively pro-business”.

Two-way partnerships between schools and businesses will be encouraged based on a model already operated by BitC, in which 220 business and 300 schools have committed to working together for three years on areas such as leadership and governance, and curriculum support.

The shadow education secretary is also expected to highlight the low number of school leaders gaining specialist qualifications to prepare them for headship. Figures released today by the Labour Party show that the number of graduates from the current headship qualification, NPQH, slumped to just 194 last year – down 83% since 2012 when 1,165 leaders qualified.

On this matter, Mr Hunt said: “We have many excellent head teachers in this country, but under this Government standards have been allowed to slip with ministers waiving the requirement for heads to hold qualifications”.

Today’s speech is therefore expected to include the promise of a profession-led ‘School Leadership Institute’ that will develop and accredit a new ‘gold standard’ headship qualification – though it is currently unclear whether Labour over-turn current policy and make it compulsory.

The plans have, however, garnered support from unions representing school headteachers.

General secretary of the NAHT, Russell Hobby, said that the organisation was “excited about the idea of a profession-led leadership institute” and that they “welcomed genuine partnerships with business”; while president of ASCL, Peter kent, also welcomed a ‘focus on the importance of leadership and leadership development”.