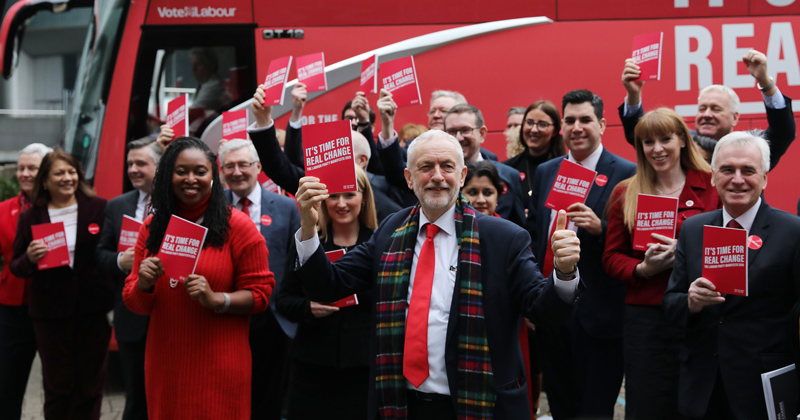 Labour has vowed to increase the schools budget by £10.5 billion by 2022-23 and hand school staff a 5 per cent pay rise next year if it wins power.

In its manifesto, Labour says it will make sure schools are “properly-resourced” with “long-term funding” and a fairer funding formula that “leaves no child worse-off”.

The party has also pledged to “restore public sector pay to at least pre-financial crisis levels (in real terms), by delivering year-on-year above-inflation pay rises, starting with a 5 per cent increase, to reward and retain the people who do so much for us all”.

In the document, Labour has also said more about its plans to “end the fragmentation and marketisation of our school system by bringing free schools and academies back under control of the people”.

Under Labour’s system, the budget and day-to-day decisions “will be transferred back to schools, overseen by an accountable governing body with elected representatives”.

Responsibility for the delivery of education and support for young people “will sit with local authorities”, which will manage admissions and have responsibility for school places, including the power to open schools.

The “oversight and coordination” of schools will be carried out by regional offices of the party’s national education service, which will oversee “continuous, peer-to-peer school improvement modelled on the London Challenge”.

The party also says all schools will be “subject to a common rulebook” which will be “set out in legislation”. Not further details are given.

The manifesto also commits to closing tax loopholes for private schools. The party will instruct a new Social Justice Commission to “advise on integrating private schools and creating a comprehensive education system”.

Labour said the proposals could lead to around 5 per cent of independent pupils moving into the state sector. As of June, there were 580,000 pupils in private schools – meaning up to 29,000 more pupils would enter the state system.

Based on the average of the cost of education pupils in state primary and secondary schools, an exodus of this size would cost the state £158 million annually in per-pupil funding alone.

Mike Buchanan, the executive director of the Headmasters’ and Headmistresses’ Conference, said the taxes are “putting politics before pupils and will have serious unforeseen consequences”.

“It will hurt hard-working parents, drive up class sizes and pile further pressure on state school budgets. We are particularly worried about the effects on vulnerable children.”