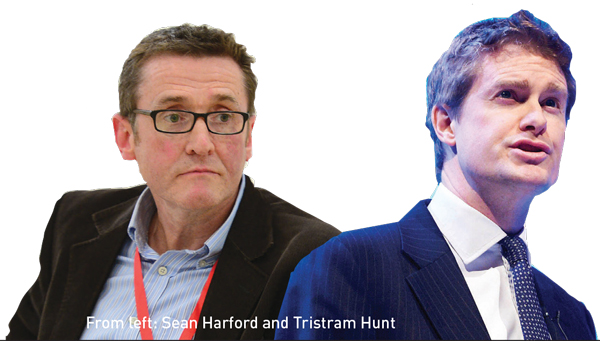 A “gifted and talented fund” to support the most able pupils from disadvantaged backgrounds will be launched by a Labour government, Tristram Hunt has pledged.

The shadow education secretary made the pledge on Wednesday, the same day Ofsted released a report criticising schools’ approach to more able pupils.

It is expected the fund will be in the region of £15 million. Mr Hunt said it would be paid for from savings elsewhere within the education budget, as it was important to “make the most” of talented young people.

Mr Hunt said: “Young people from low and middle income backgrounds are all too often not given the challenge and support that they need to fulfil their potential.

“That is why Labour will establish a gifted and talented fund for schools to bid to, and aid their work in stretching their most able pupils – especially those from deprived backgrounds.”

Under the policy, schools will be encouraged to develop projects to support able pupils. The school can apply for money from the fund, but will be expected to meet a proportion of costs from school funds.

Management of the fund, including awarding powers, would be contracted to a not-for-profit organisation.

The announcement comes after Ofsted released a report claiming that too many of the most able students are “still being let down and are failing to reach their full potential”. The report follows a previous review, in 2013, of high ability learners and their achievement.

Ofsted’s report, released the same day, is based on government data about student achievement, visits to 50 schools and evidence from 130 routine inspections.

It raises concerns that achievement of the most able students suffers if they are from disadvantaged backgrounds, or if they are at a school with a low proportion of high-attaining pupils.

It stated there are still schools where no students achieve top grades in “facilitating subjects” – which are those the Russell Group claims are more often required for admission into elite universities.

For secondary school students, Ofsted said not enough is being done to develop pupils’ “broader knowledge or social and cultural awareness”.

At GCSE level it noted that the gap between “disadvantaged students and their better off peers is still too large and is not closing quickly enough”.

The report criticised school leaders for failing to use data from primary schools to improve transition and it calls on leaders to develop a “culture of high expectations”.

It also calls for the involvement of other stakeholders, such as universities and employers, to offer “expert advice and guidance to the most able students” in terms of options after leaving school.

Speaking about the findings, Sean Harford (pictured), Ofsted’s national director of schools, said: “It is especially disappointing to find that, almost two years on from our first report [on this issue], the same problems remain. I hope school leaders see this report as a call to action – and raise the bar higher for their most able pupils, so that they can reach their full potential.”

A Department for Education spokesperson said: “We know that the best schools do stretch their pupils. They are the ones with a no-excuses culture that inspires every student to do their best.

“That is why we are replacing the discredited system which rewarded schools where the largest numbers of pupils scraped a C grade at GCSE.

“Instead we are moving to a new system which encourages high-achievers to get the highest grades possible while also recognising schools which push those who find exams harder.