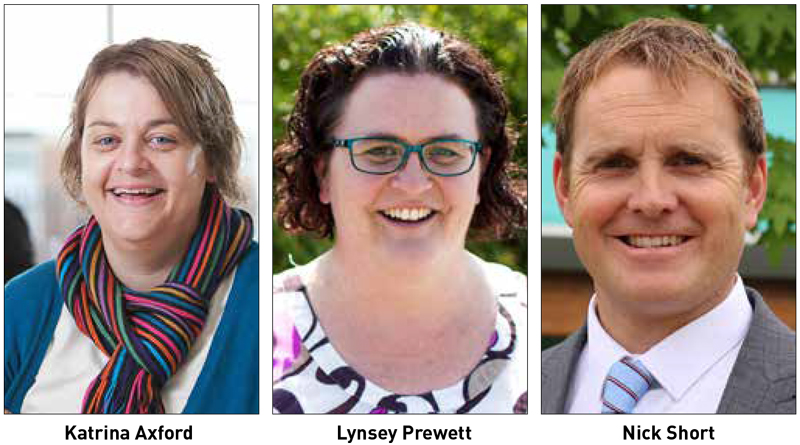 Katrina Axford is moving across the world to lead the Admiralty school in Dorset, one of three “schools within schools” at the Isle of Portland Aldridge community academy.

She was previously coordinator of project-based learning at Mark Oliphant college in South Australia.

The “schools within schools” model at Admirality splits a large academy into three, with children belonging to one until they start their GCSEs.

Axford aims to bring project-based learning, which she describes as “creating relevant learning opportunities that develop passion and allows all learners to achieve”, to her new school.

“I want all the students to truly love learning and continue that love throughout their life. It is our responsibility to give them that skill set.”

Axford, who has degrees in visual arts and education, says she would have called anyone “crazy” if they told her in high school that she would be a teacher.

“I didn’t like school and really struggled, but that is why I do what I do now.”

Before becoming a teacher, she worked as a swimming instructor, screen printer’s assistant and video graphic artist.

Lynsey Prewett has been appointed headteacher of Bannerman Road community academy in Bristol.

She has worked at the school for eight years and previously taught at Widcombe junior school in Bath.

Prewett says she leads a “strong” staff team supporting children and families in a “diverse inner-city community”, with an aim to “enable students from all backgrounds to become lifelong learners and to follow their aspirations”.

She says she wants to continue the school’s range of “exciting experiences” to inspire pupils’ curiosity, such as whole-school trips to the pantomime and the beach, and on-site forest school sessions for all year groups.

“We try to nurture every child and foster their self-belief. There should be no ceiling on what they can achieve,” she said.

Nick Short has taken over as principal of Merchants’ academy in south Bristol.

He was head of secondary and has been a member of the academy’s leadership team since it opened in 2008.

He plans to bring a “strategic vision” to his new role that will “ensure that the educational journey for students is seamless.

“Investment in infrastructure, attracting and retaining the best calibre of teaching staff, and harnessing the expertise and support of the trust will take Merchants from ‘good’ to ‘outstanding’.

“Inspiring our youngest students to raise their expectations and celebrate their achievements will result in a greater number of children progressing on to A-level study.”

He also aims to continue to drive up the school’s sixth form, which is currently “seeing the highest ever number of students going on to secure places at universities”.