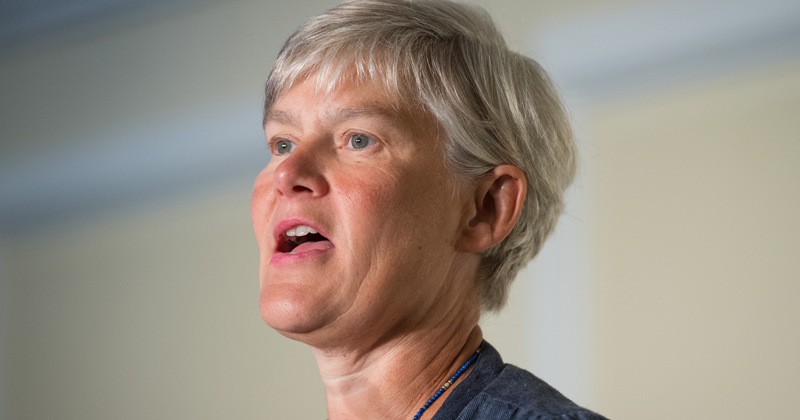 A Labour government elected tomorrow would focus on addressing educational inequalities and look at the “content of what’s happening in schools” to check it is preparing pupils for a “unpredictable but exciting future”, Kate Green has said.

The shadow education secretary addressed ASCL’s virtual annual conference this afternoon, and revealed she would look to “design in” interventions like summer schools and tutoring to the system to aid the Covid recovery.

Green has been in post since June last year. Although she has made it clear Labour’s previous policies, such as pledges to scrap Ofsted and primary tests, are under review, she has said little about what will take their place in the party’s manifesto.

Asked today what she would do in her first year if she got the job tomorrow, Green said Labour would be “looking at the need to address educational inequalities”.

The party would also look to have a recovery strategy that addressed “the learning loss and the social and emotional disruption of the last 12 months”, but with longer-term approaches too.

“And so I think very early on we would want to look at the nature of what teachers are doing in the classroom and how we can support and develop that professional expertise and incentivise and reward teachers for brilliant teaching and brilliant leadership,” she added.

Labour wants to look at ‘content’ taught in schools

Green also said the party would “want to look at the content of what’s happening in schools and make sure that it is preparing children for that unpredictable but exciting future that I was talking about”.

“And I think it would be about really embedding broader wellbeing in the ethos of the education system, as a pre-requisite for successful learning.”

The taskforce will also look at “what’s going on in schools, curriculum, the means by which we assess children and young people”, Green said.

“Exams are important, but last year we saw what happens when you have nothing to fall back on. I worry that this year there will be a lot of pressure on schools and school leaders too.”

But today she hinted at the need for some structural reform, saying the taskforce would be “really interested in thinking about how we enable schools to work together, to collaborate, to improve and share best practice”.

“I think the competitive model is not serving the best interests of all of our children.”

Attainment gap must be ‘national priority’

Labour’s taskforce will also have a “relentless focus on addressing the underlying inequalities that hold back the most disadvantaged children”, Green said, accusing the government “totally failing” to do that.

But she warned that problems like the attainment gap “cannot be addressed overnight, or in a single summer. It must be the national priority of an entire government.”

Green acknowledged that social inequalities could not be addressed by schools alone, adding that lifting children out of poverty will be among the party’s priorities if it wins power again.

“I want to be able to say that after Labour next serves in office, that we changed the lives of children across the country; and that we unlocked new opportunities to learn, to work, and to fulfil their full potential for every young person, regardless of their background.”