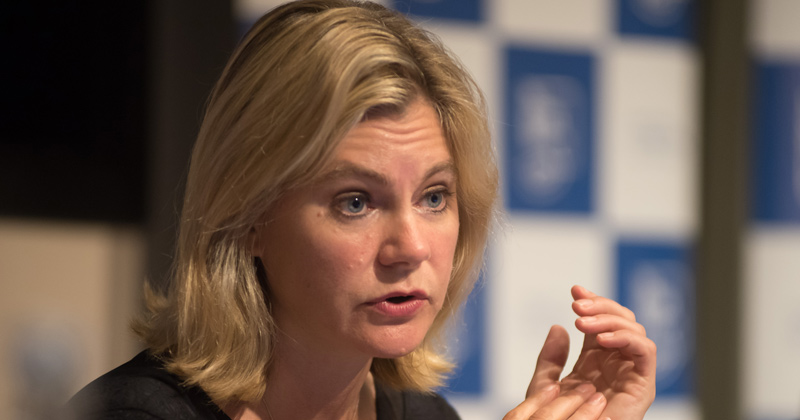 The education secretary Justine Greening has resigned from the government, it has been confirmed.

The MP for Putney has served as education secretary since July 2016, when she was drafted in by newly-appointed PM Theresa May.

But Greening is now out of the cabinet for the first since since 2011. It is understood she offered another role, that of work and pensions secretary, but refused the job and resigned from the cabinet.

She has been replaced by Damian Hinds.

First elected to parliament in 2005, Greening joined the Conservative front bench as shadow minister for London in 2009.

Following the formation of the coalition government in May 2010, Greening, a former accountant, became economic secretary to the treasury. She then entered the cabinet in October 2011 as transport secretary, a role she held until September the following year when she became international development secretary.

Greening replaced Nicky Morgan as both education secretary and minister for women and equalities on July 14 2016 after Theresa May won the Conservative Party leadership election and became prime minister.

One of Greening’s first jobs at the Department for Education was the release of the government controversial “schools that work for everyone” white paper in September 2016. The policy document consulted on plans to lift the ban on new grammar schools, a proposal that was dropped last year following the Conservatives’ poorer-than-expected performance in June’s election.

Greening’s departure comes at a critical point for many of the reforms initiated during her tenure.

Work on the her flagship social mobility opportunity areas policy is still in its infancy, and consultations on strengthening qualified teacher status and a new sex education curriculum are still underway.

Greening held a high-profile launch for her social mobility action plan before Christmas, and just days before her removal from the post, the education secretary announced a series of measures aimed at boosting literacy teaching.

Her departure has been lamented by Geoff Barton, the general secretary of the Association of School and College Leaders.

“We are very sorry to see the departure of Justine Greening as education secretary,” said Barton.

“She has tried hard to tackle the school funding crisis, without any help from the chancellor or prime minister. She has demonstrated an absolute commitment to social mobility, to addressing the serious difficulties in teacher recruitment and retention, and to developing education policy on the basis of evidence. She set an ambitious agenda on flexible working which challenged the profession to do more to modernise itself.”