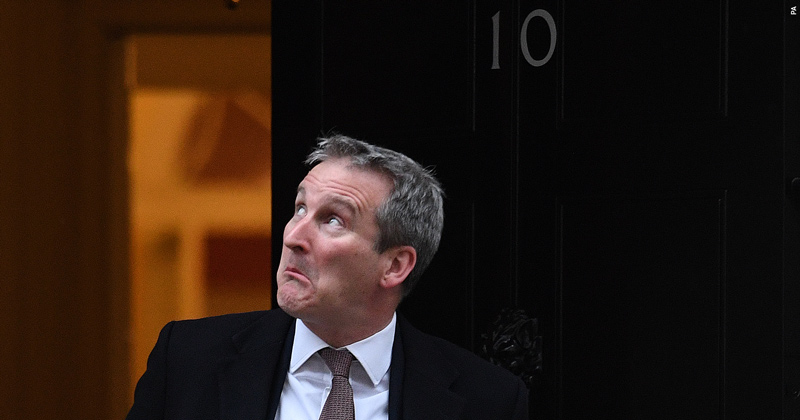 The dissatisfaction of Department for Education staff has been revealed in a survey which reveals just how little faith civil servants have in decisions made by management.

The DfE’s people survey results for 2018 and 2017 were published today. Staff were asked to give their feedback on their work, manager, team, organisational objectives and purpose, learning and development, inclusion and fair treatment, resources and workload, pay and benefits and leadership and managing change.

Compared with the survey for 2017, there was a slight improvement in attitudes across many of the areas.

But when it came to leadership, management and pay, many staff were not satisfied, with scores in some areas falling below 50 per cent.

Here are the key takeaways from the survey.

1. Only a third of staff believe that changes are made ‘for the better’

In 2018, just 38 per cent of staff believed that when changes are made at the DfE, they are usually made “for the better”.

This represents an increase of 5 per cent since the 2017 survey. Forty-five per cent felt neutral about this question, with 22 per cent disagreeing that the changes were made for the better.

2. Only half have confidence in senior staff

This year’s results revealed that only 56 per cent of respondents to the survey have confidence in the decisions made by DfE’s senior civil servants.

Only around half (53 per cent) of staff said they think it is safe to challenge the way things are done in the DfE, and while this is a 5 per cent increase on the score in last year’s survey, it seems there is still more room for improvement.

3. Change is not managed well

When asked whether they felt if change was managed well at the DfE, just 41 per cent of staff said that it was, and 28 per cent said it was managed poorly.

Thirty-one per cent of respondents were neutral on this question.

However, the DfE does score well in terms of its management of the differences between staff.

Eighty-three per cent of respondents said that they felt the DfE respected individual differences, such as cultures, working styles, backgrounds and ideas.

4. A third of staff feel anxious

When asked how anxious they felt yesterday, 33 per cent of staff responded negatively. Just under half – 47 per cent – were positive and the remaining 20 per cent were neutral.

At the same time, just 44 per cent of staff felt that poor performance was dealt with effectively within their team.

This question had one of the highest neutral answers, with 40 per cent of respondents saying it was neither dealt with effectively or poorly.

One of the most positive responses to a question was on the interest staff have in their work, with 89 per cent saying they are interested in what they do.

A total of 56 per cent of staff said the DfE inspired them to do the best in their job, an increase of 5 per cent since the 2017 survey.

Thirty per cent of respondents were neutral on this question, with the remainder not being inspired.