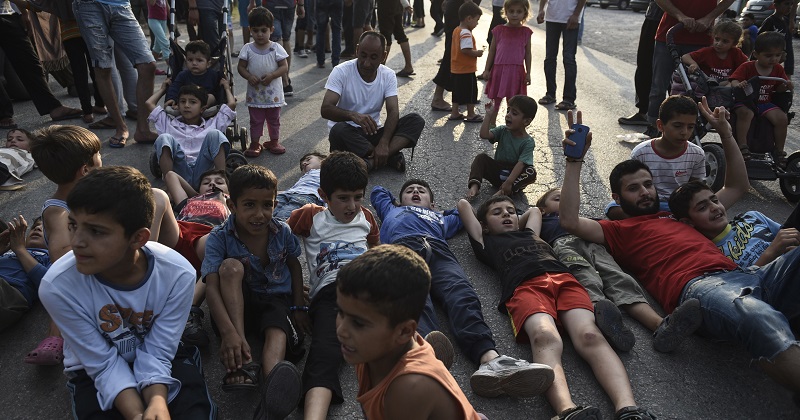 Schools have been urged to develop a “different approach” to teaching refugee children after it emerged hundreds are still yet to enter the school system just weeks before the new academic year.

The government has been under pressure to let at least 300 unaccompanied young people into the UK from camps in Europe before the start of term in September.

But the Home Office has admitted that only about 30 have arrived so far, meaning the majority of refugees will be arriving in small groups throughout the next academic year.

Siôn Humphreys, specialist adviser at the National Association of Head Teachers, said while schools would want to “embrace their part in this humanitarian enterprise”, the system is going to have to “play catch-up very quickly to develop a different approach.”

Schools Week understands that most of the unaccompanied minors coming to the country, under a commitment made by the government in May, are in their late teens.

But Humphreys said the new arrivals won’t be able to follow the “traditional route” of GCSEs and then A-levels, adding: “The issue about acquisition of English language skills is critical.

“When there is a language barrier, they are not going to be able to follow the traditional route and hit the ground running with their GCSEs and then move on to a level 3 qualification. The system is going to have to play catch-up very quickly to develop a different approach.”

Humphreys added that programmes of study which were suited to those who needed to catch up and learn key skills, such as level 1 qualifications, were no longer widely offered by schools and colleges, and said a “stage not age approach” was needed.

Although the first arrivals of children from camps in France, Italy and Greece has come earlier than first predicted by ministers, who warned in May that they could begin to arrive as late as December, it is unlikely the rest will be in the country by the end of August.

But Humphreys said there was also questions over whether local authorities would have the skills to deal with new arrivals.

“The issue is not about the amount of funding available, it’s whether the local authorities will have the specialist resources on which to spend that money, especially in these times of austerity.

“I remember 30 years ago when the first wave of Somali refugees arrived, many of them were severely traumatised and struggled to talk about what they had gone through. There is a particular skillset involved in that. Even if there is sufficient funding, there may not be the expertise.”

Humphreys said there was an “awful lot of sense in what is being done”, but said it remained to be seen whether the infrastructure would cope.

The government stepped up discussions with local councils over the relocation of children in May after MPs supported a proposal put forward by Lord Dubs, a Labour peer.

Although a target of 3,000 unaccompanied minors was rejected, the government is now under pressure from organisations, including Unicef, Citizens UK and a group of bishops, to take at least 300 children.

A Home Office spokesperson said:  “We have committed through the Immigration Act 2016 to resettle vulnerable children from Europe. We are consulting with local authorities to confirm available capacity and to ensure appropriate support systems are in place.”

Picture: Migrants and refugees hold a protest against the living conditions at the Oreokastro camp, near the northern town of Thessaloniki, Greece, on Saturday, June 25. (AP Photo/Giannis Papanikos)