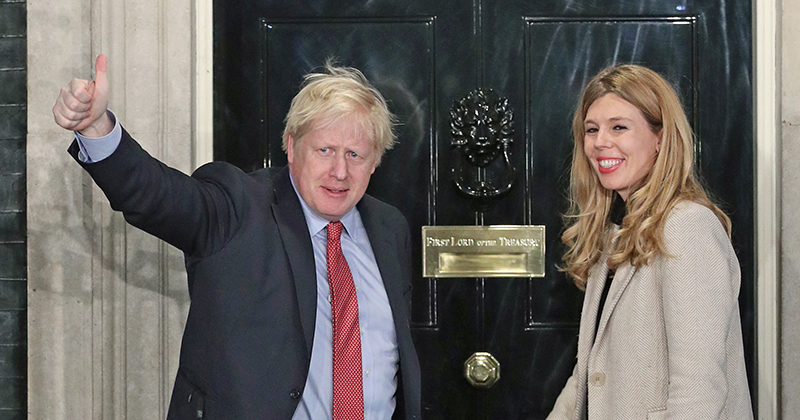 Boris Johnson has been urged to “shelve the election rhetoric” and deliver on his promise to invest in schools after delivering a Conservative majority.

Boris Johnson this morning secured the biggest Conservative party election win since 1987, propelling him back into Downing Street with a mandate for his education priorities.

The Conservatives’ manifesto mostly signalled a business as usual approach to education policy, with commitments to back headteachers on issues like discipline, build more free schools and small grant funding pledges for PE teaching, the arts and wraparound childcare.

However the pledge to trial no-notice inspections of schools by Ofsted, and to increase the length of inspections from two to three days, did not go down well with the sector.

Paul Whiteman, general secretary of the NAHT union, said: “Now is the time to shelve election rhetoric, listen to the profession, and establish the support that is needed and deliver it well.”

The prime minister’s re-election, with a predicted majority of 78, means most of his policy plans are likely to be set in motion.

However policy experts have warned the no-notice element of inspections has proved unpopular before and is likely to be dropped after consultation.

Dr Mary Bousted, joint general secretary of the National Education Union, said Johnson inherits a “daunting ‘to do’ list on education”, with ending school cuts and child poverty and addressing teacher recruitment and retention as priorities.

Loic Menzies, chief executive of The Centre for Education and Youth think tank, added Johnson must “deliver on his promise that this will be a different kind of Conservative government that invests”.

Johnson had already pledged to increase school spending by £7.1 billion by 2022-23, although the Institute for Fiscal Studies has said this will result in spending per pupil being “no higher in 2022–23 than it was 13 years earlier”.

Speaking earlier this morning, in his first speech after winning the election, he pledged “record spending on schools”.

Johnson also said his party “must understand now what an earthquake we have created. The way in which we have changed the political map in this country.

“We have to grapple with the consequences of that. We have to change our own party.”

Geoff Barton, general secretary of the Association of School and College Leaders, urged the new administration to “reflect the values of one-nation conservatism and join with us in striving for a system which works for all our young people”.

School leaders will also be looking for clarity on some of the Conservative’s more ambiguous pledges.

One of those was to “ensure that parents can choose the schools that best suit their children”, which some have suggested could lead to the expansion of academic selection by the back door.

Meanwhile Labour leader Jeremy Corbyn has pledged to remain in his role during a “period of reflection” for his party, despite posting the worst Labour election result since 1935.

However, he said he would not lead the party into the next general election.

Education MPs mostly held onto their seats – with a few more new faces winning a seat, too.

That includes Jonathan Gullis who had to return to his job as teacher at Halifax Academy, Birmingham, just hours after winning Stoke-on-Trent North for the Conservatives from Labour this morning.

Gullis, the school’s NASUWT representative, told the Stoke-on-Trent Live website: “From a young age all I’ve wanted to do is make a different in people’s lives. That’s why I became a teacher, and the reason I want to be an MP is to do it on a much larger scale.